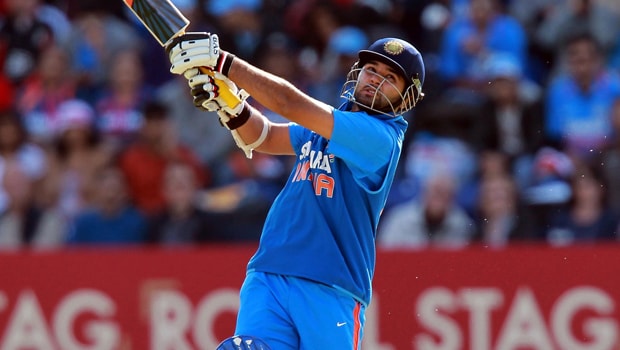 India’s batsman Ajinkya Rahane has revealed Rahul Dravid’s advice for the T20 format. Rahane, who is known to idolize Dravid, stated that the former skipper advised him to not bother about how the shots look like in T20 fold. Dravid advised Rahane that he should not lose his sleep regarding the way he is getting dismissed in the shortest format of the game.

Rahane added that Dravid advised him to follow the simple technique of ‘See the ball and then hit the ball’ in the T20 version. The shortest format demands the batsman to score at a healthy run-rate and there is hardly any time to settle at the crease.

As Ajinkya Rahane is not known for his pyrotechnics, the stylish batsman relies on timing the ball to get his runs. Rahane revealed he looks to play in ‘V’ to get most of his runs in the shortest format of the game.

The Mumbai batsman also admitted that he doesn’t try to copy any other batsman’s style and backs himself to play his own game.

As the batsman has to take risks at regular intervals in a T20 game, some of the shots may look bad but that’s the demand of the format. It is about making an impact and trying to score as many as you can in fewer balls..

“Sometimes the shots you play in T20 cricket do not look good and you feel that you got out by playing a bad looking shot. But Rahul Bhai told me not to bother about what the shots look like in T20,” Rahane told Deep Das Gupta in a videocast hosted by ESPNCricinfo.

“He said it does not matter. He said in T20 cricket, one needs to just watch the ball and hit it. What matters is what is the impact of the shot, that’s it,” he added.

Meanwhile, Ajinkya Rahane has thus far played 20 T20Is for the Indian team in which he has scored 375 runs. Rahane has amassed 3820 runs in 140 IPL matches at a decent average of 32.93. The right-hander will play for Delhi Capitals in IPL 2020, whenever the tournament takes place. Rahane doesn’t have an impressive strike rate in the T20 version and he would like to pull up his socks.

The right-hander mostly opens the innings in the IPL and he would look to make most of the powerplay conditions in the first six overs.