Home » Cricket » Alastair Cook: It will require a monumental effort from India to beat England over five Tests

Alastair Cook: It will require a monumental effort from India to beat England over five Tests 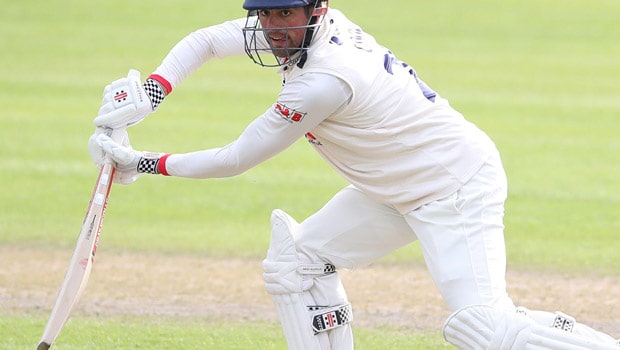 The England cricket team have been plagued by their rotation policy and former England captain Alastair Cook also slammed it recently. Their winter season began with an impressive series win against Sri Lanka in the island nation and they were also 1-0 up against India after the first Chennai Test. However, things went horribly wrong from that point.

Not only were they defeated by India and ended up losing the Test series, they also missed a slot in the World Test Championship Finals. The recent 2-0 loss to WTC finalists New Zealand at home made matters even worse for England.

“Clearly it was disappointing. England have got themselves in a tough situation for the winter. It was going so well, winning in Sri Lanka and then they’re 1-0 up against India,” Cook told ESPNCricinfo.

“To then rest and rotate players, ever since that moment they’ve ended up chasing their tail – ending up with a fifth-choice wicketkeeper (James Bracey), an unbalanced side even though people were playing the (T20) Blast,” said Cook.

Alastair Cook was also sympathetic for Test captain Joe Root who has been under fire over England’s performances recently. Cook is of the opinion that Root hasn’t been able to play his best side and the constant rotations have also disturbed the rhythm of the players.

“I genuinely feel sorry for Joe Root because he hasn’t had his best players available. You can’t buy that experience of guys like Ben Stokes, Jos Buttler, Jonny Bairstow, Moeen Ali. Those kind of players make a big difference. It’s been a tough one, and they just got found out against a better team in that New Zealand series,” said Cook.

The former England captain also suggested that despite the hosts’ poor recent form, India will find it hard to beat them over five Tests. “India have shown how good they are at the moment because they’re in the World Test Championship final but, over five Test matches in England, England are hard to beat at home, and I’m expecting a very tight battle,” said Cook.

He also pointed out that by the time Virat Kohli’s men take on England, they would have been in the country for a long time so there’s a chance of getting mentally fatigued by the end of the tour. “India will start pretty well but, consistently over five games, to beat England at home is a monumental effort. So I think if England hang in with India early on, there’s no reason why they can’t win,” he concluded.