Everything you need to know about Cricket Test matches 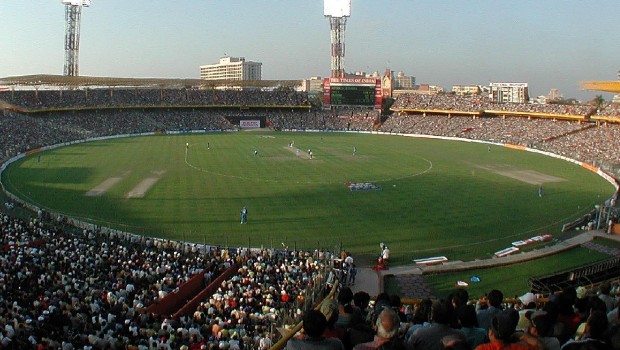 Cricket Test is the longest form of the sport of cricket and is considered its highest standard. The name comes from the long and tiring match being a “test” of the relative strengths from both sides. It is generally considered the most complete examination of teams’ playing ability and endurance. Indian Cricket Test and India National Cricket Team are the biggest teams in the country nowadays. In case you’re a big fan of the sport and want to invest some time on it, you can also check some of our Cricket online betting tips.

When was the first Indian Cricket Test match?

The first time India played its first Cricket Test Match was in 1932. Invited to The Imperial Cricket Council in 1926, India made their debut as a Test-playing nation in England (Ind vs Eng), led by CK Nayudu, considered the best Indian batsman at the time. The match was played at Lord’s in London.

In 1947, after the Second World War, the team’s played its first series as an independent country against Sir Donald Bradman’s Invincibles – the name given to the Australia national cricket team at the time (Ind vs Aus). Also, it was the first Test series India played which was not against England. Australia won the five-match series 4–0. After that, India played their first Test series at home against the West Indies (Ind x Wi) in 1948. West Indies won the 5-Test series 1–0.

How to play Cricket?

Cricket rules are quite simple to understand: Cricket Test matches are played between national representative teams with “Test status”, as determined and conferred by the International Cricket Council (ICC). Each team has 11 cricket players and play a four-innings match, which can last up to five days.

Each day of the Cricket Test Match consists of three sessions, and each session consists of 30 cricket bowling overs. The first session is played before lunch, the second is played post-lunch and before tea and the third session happens afterwards until the umpire declares ‘stumps’ – which means the end of the day’s play.

Break time is as valuable as the game: it helps the players regaining energy and get ready for the next session. The lunch break lasts 40 minutes, and tea time is for 20 minutes. If any session fails to meet the 30 over the requirement, an attempt to reduce the deficit of each overs in subsequent sessions is made, and the match time can get extended.

The Cricket players have many roles in the team: from batsmen, bowlers, fielders and wicket keepers. Even though each player may have a unique role, they can still take up any role they wish during the match.

The main goal of Cricket is to score more runs than the opponent team. There are three variations of the game: Test, One Day and Twenty 20. Each of them gives a specific timescale in which the game must be completed.

How can a run be scored?

Players in Test Cricket wear the traditional white clothing, and the match is played using a red ball. To score a run, you need to hit the ball with a cricket bat made of wood. Whilst one team bats the other bowls and fields. The aim is to bowl the opposing team out for as few runs as possible or restrict them to as few runs in the allocated time. After a team has lost their wickets or the allotted time has expired then the teams will switch roles. The fielding team must have one designated wicketkeeper who’s the only one allowed to wear pads and gloves on the field. He stands behind the opposite end to the bowler to catch the ball.

Basically, a run occurs when a batsman hits the ball and the two batsmen at the wicket manage to run to the other end. The batsmen can run as many times as they like before being given out. If the ball crosses the border rope after it has bounced at least once from leaving the bat, then 4 runs are given. If the ball goes over the boundary rope without bouncing, then 6 runs are awarded to the batting team.

A Test Cricket match is played with 50 overs. Each team has 50 overs to bat and bowl before swapping and doing the previous discipline. The team with the most runs at the end of the game wins.

In India, generally, the best and smartest player with sharp cricket strategies is selected as the team’s captain. The appointed leader must have several additional responsibilities over the other team players and is usually experienced with great communication skills, considered one of the most regular members of the team. Indian cricketer Virat Kohli is regarded as one of the world’s best batsmen who ever played for the team. Since October 2017, he has been the top-ranked ODI batsman in the world and is currently 1st in Test rankings with 928 points.