Home » Cricket » All About Cricket Facts » History of Cricket in India

History of Cricket in India 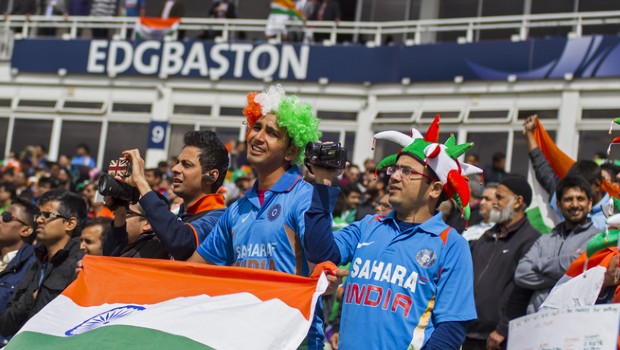 Cricket is the most popular sport in India – there are even celebrity cricketers amongst the wealthiest members of Indian society. It all started in 1721 when the first match was played by a group of British sailors who gathered in Western India. The official Test status came in 1932 for the country, with the first Indian Cricket Test Match being held at Lord’s in London.

India’s inaugural match was against England and attracted a crowd of nearly 24,000 people, including the King of England – who was also then the Emperor of India. The Indian team was led by CK Nayudu, considered the best Indian batsman at the time.

In June 1932, India became the sixth member of the Cricket “elite club” alongside England, Australia, South Africa, the West Indies and New Zealand.

Also known as Team India or Men in Blue, the India Men’s National Cricket Team is governed by the Board of Control for Cricket in India (BCCI) and is a Full Member of the International Cricket Council (ICC).

In the 21st century, the team got stronger overseas and improved its skills winning Test matches in Australia, England and South Africa. It has won the Cricket World Cup twice – in 1983 and in 2011. After the 2011 victory, India became the third team after West Indies and Australia to have won the World Cup more than once and the first cricket team to win the World Cup at home. It also won the 2007 ICC World Twenty20 and the 2013 ICC Champions Trophy, apart from being the joint champions of 2002 ICC Champions Trophy, along with Sri Lanka.

It was in 1952 that India recorded its first Cricket Test victory against England at Madras (now known as Chennai). In the same year, India won its first series against its arch rival Pakistan. Ten years later, the country gained the reputation of having a strong team.

The 1970s were remarkable for Indian Cricket. After a few victories and draws, India became a much more successful team and recorded its first ever series victory in the decade. It was also at that time that India produced two of the best Indian batsmen, Sunil Gavaskar and Gundappa Viswanath.

The decade also marked the sport’s transformation from test cricket into one day cricket. At first, India was not very good at the new format, but later on, in 1983, it became the winner of the World Cup in England, beating the West Indies team in the finals.

Get to know all about cricket and learn how to play the sport!

See our free cricket tips and get to know all about the cricket main tournaments.