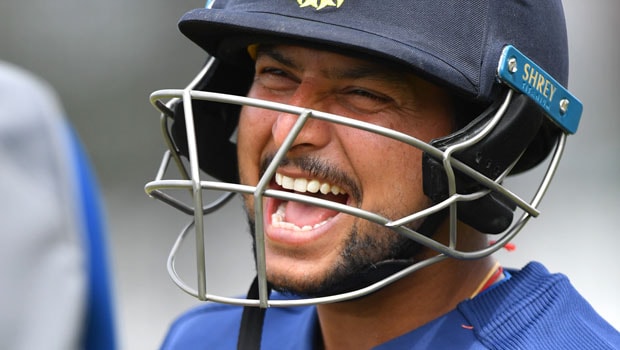 Indian chinaman spinner Kuldeep Yadav stated captain Virat Kohli puts his weight behind all the young players in the side. Yadav added that Kohli supports all the players in the side which helps him in getting the best out of the players. Thus, the spinner feels a lot of credit for the team’s performances goes to the captain.

Kuldeep added that Virat Kohli is a very supportive captain and he always backs the bowlers in setting up their respective fields. Kohli also understands that the bowlers can have off days. Furthermore, the southpaw spinner credited Kohli for understanding the bowler’s plight as he is himself a great batsman.

Meanwhile, Virat Kohli has led India in 181 matches across the three forms in which the team has won on 117 occasions whereas they have lost 47. Hence, Kohli has a winning percent of 64.64.

Kohli has led the team from the front and he has done a fine job since he has taken over the captaincy baton from MS Dhoni. The positive results for the team are palpable and Kohli has been aggressive in his leadership.

“To be honest, Virat is a very supportive captain. He understands the bowler because he is a great batsman and a great player. He also knows that the batsman can bat well and bowlers might have off-days. Captain’s support is very important and all the youngsters in the team have the backing of Kohli and that’s a plus point. And, the entire credit for the team’s performances goes to him,” Kuldeep said while talking to Sportskeeda in a live interaction on Instagram.

On the other hand, Kuldeep Yadav also talked about his bowling partnership with Yuzvendra Chahal. Both of these wrist spinners bowl in tandem to provide the team breakthroughs in the middle overs, which helps the team in getting ahead in the game.

“Cricket is a game of partnerships. They are very important, whether it be while batting or bowling. Of course, it is beneficial when Chahal and I bowl together and we inspire each other to perform even better. The more we bowl together, the better understanding we have. In the process, the opposition is under pressure in the middle overs and I personally love bowling alongside Chahal”.

Meanwhile, Kuldeep Yadav has also done a fine job in the white ball format. The chinaman spinner has thus far taken 104 wickets in 60 ODI matches and he has scalped 39 wickets in 20 T20I matches. Yadav has played only six Test matches in which he has bagged 24 wickets.