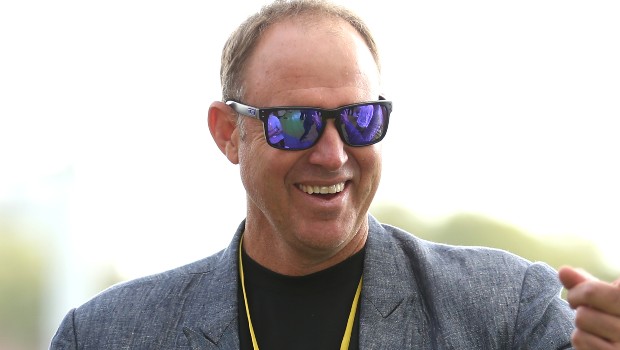 Former Australian batsman Matthew Hayden doesn’t feel any logic behind ICC Cricket Committee decision to ban the usage of saliva to shine the ball. The decision has been taken in the wake of the coronavirus pandemic so that no risk is taken once the action resumes.

However, the Cricket committee has given a green signal to the bowlers to use their sweat to shine the ball. Saliva is a bowler’s friend and it helps in keeping one side of the ball shine, which eventually helps in swinging the ball, especially reverse swing.

But Matthew Hayden feels it is imperative for the ICC and the other cricket boards to conduct testing. Subsequently, if the players are Covid-19 negative then they should be allowed to use both saliva and sweat, according to the former Australian opener..

In fact, former West Indies fast bowler Michael Holding had also spoken on the same lines as he had said that it doesn’t make any sense to ban saliva when the players will have to quarantine themselves for 14 days in their hotel rooms.

“I find the ICC’s ‘no saliva-yes sweat’ decision strange,” Hayden told The Times of India. “These are things which are integral to cricket and I don’t know how it’s going to change. The more sensible option is to test the players properly and ensure that they are Covid negative. If the players in action are virus free, they should be allowed to use both.”
On the other hand, the T20 World Cup is set to be played in Australia from October 18. However, Hayden feels there are less chances of it happening and it is likely to be deferred. It is not going to be easy for the ICC and Cricket Australia to host the event as 15 teams will need to travel Down Under.

Furthermore, it is going to be hard to manage from a logistical point of view. Moreover, the cricket boards across the globe will prefer playing bilateral series rather than the T20I showpiece to make up for the monetary losses which they have incurred.

“I think the T20 World Cup in Australia this year is highly unlikely,” he said. “Though the widely followed rugby league is starting next week here, I will be surprised if the T20 World Cup goes on without travelling fans, more so because it’s a global event.”
Matthew Hayden had recently suggested that even the IPL should take place in Sri Lanka behind closed doors. The IPL is reported to take place in October-November and it may replace the T20 World Cup. The final call on the T20 World Cup will be taken in ICC Board meeting which is scheduled to happen on 28th May.