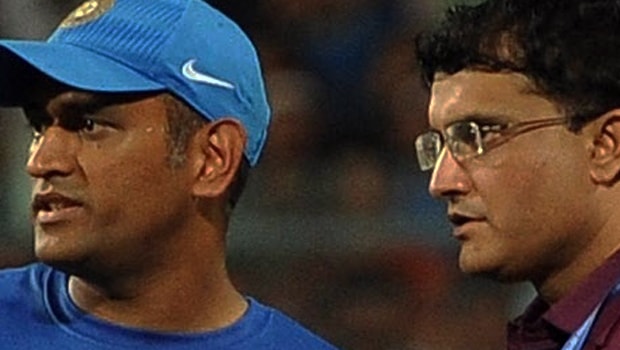 Former Indian skipper Sourav Ganguly had played a key role in MS Dhoni’s career, especially in the formative years. When the selectors had given multiple keeping options to Ganguly, the former skipper decided to back MS Dhoni for the series against Bangladesh in 2005.

As Dhoni was not able to grab his chances in the first couple of matches, Ganguly decided to promote the youngster to the number three slot in Dhoni’s fifth ODI.

Subsequently, Dhoni was able to impress one and all as he scored a blistering knock of 148 runs against arch-rivals Pakistan at Visakhapatnam. Ganguly stated that he always believed Dhoni should bat up the order because he is so destructive.

The former Indian captain, Ganguly added that it was his job to pick the best players and give them the opportunity they deserve. Dada says he is happy that Indian cricket got a player like MS Dhoni, who took the game to new heights.

“That’s my job, isn’t it? That’s every captain’s job to pick and make the best team possible,” Ganguly told Mayank Agarwal on the episode of ‘Open Nets with Mayank’. “You go by your instincts; you go by the faith of that player that he will deliver for you and I’m happy that Indian cricket got Mahendra Singh Dhoni because he’s unbelievable. One of the great players in world cricket I would say, not just a finisher.”

Meanwhile, MS Dhoni played 17 innings while batting one down in which he scored 993 runs at a staggering average of 82.75 and scored two centuries. Dhoni had an average of 56.58 while batting at number four.

However, as Dhoni became a master in adding the finishing touches to the innings, he took the role with both hands. Dhoni has remained unbeaten on 84 occasions in ODI format and thus he has an impressive average of 50.57 despite batting in the lower-order for the major part of his illustrious career.

“I think everyone talks about the way he finishes lower down the order. He batted at No. 3 when I was the captain; he got a 148 against Pakistan in Vizag. I always believe that he should bat up the order because he is so destructive,” Ganguly said.

Ganguly went on to add that the best ODI batsmen have the skills of hitting the boundaries at will and Dhoni was able to do that with great success. Dhoni always had great confidence in his abilities and he was able to deliver the goods in the crunch situations of the match.