Home » Cricket » Always wanted to evolve as an all-rounder, as a cricketer: Venkatesh Iyer

Always wanted to evolve as an all-rounder, as a cricketer: Venkatesh Iyer 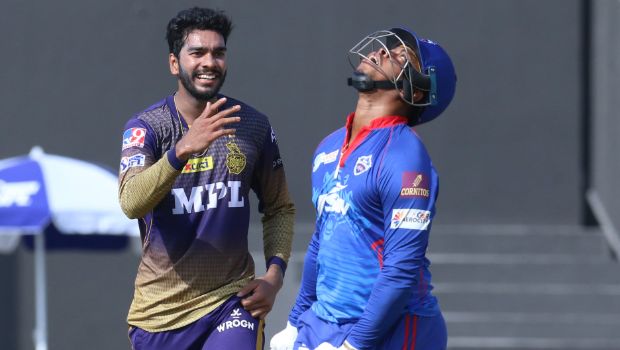 India’s rising star Venkatesh Iyer has hogged the limelight in the recent past for his consistent performances.

Iyer impressed after making his debut for Kolkata Knight Riders in IPL 2021. The opening left-hander scored 370 runs in 10 IPL matches at an average of 41.11. Thus, he played a key role in taking the franchise to the final of the tournament.

Subsequently, Iyer was able to deliver the goods in the recently concluded Vijay Hazare Trophy. Iyer scored 379 runs in six matches for Madhya Pradesh at an average of 63.17 and a strike rate of 133.92. Thus, he has been in impressive form in the recent past.

Speaking to Boria Majumdar, Venkatesh Iyer said, “I think, personally, I always wanted to evolve as an all-rounder, I always wanted to evolve as a cricketer. Which just doesn’t mean batting and bowling but also fielding and my leadership skills on the ground. You know, just giving advice to the captain or taking those smart decisions here and there. Even if you’re not the captain, you don’t have the position, you can still contribute to your side by showing your leadership skills, so that is something I really feel is really important to create an atmosphere where everyone is at parity.”

He added, “So I’m working on that and I’m really happy that it’s happening, you know. I’m completing my quota, I’m batting up the order sometimes and also playing the role of a finisher, being flexible, just how I want it to be.”

Iyer added that he tries to take one day at a time after being selected for the ODI series against the Proteas.

“I take things as they come. I take it one day at a time. Of course, I have in mind how to go about things there, to have the preps in place for the bouncy tracks. As a bowler, as a fielder and as a batter,” Iyer said.

Iyer has impressed with his skills and he would aim to continue his good show. The first ODI between South Africa and India will be played at Paarl on 19th January.