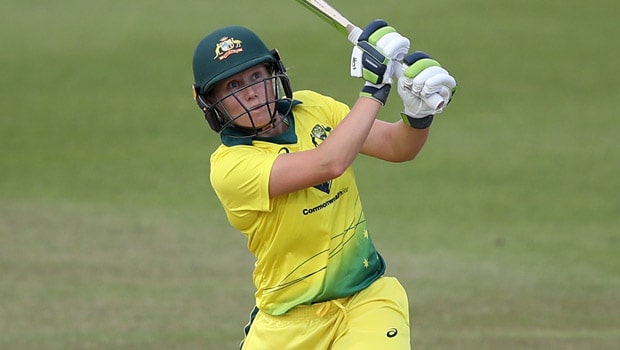 Australia’s talisman wicket-keeper batswoman Alyssa Healy has gone past former Indian captain MS Dhoni’s record of most dismissals in the T20I format. Dhoni, who recently announced his retirement from limited overs forms on August 15, had 91 dismissals under his belt in 98 T20I matches.

Healy has now overtaken MS Dhoni’s tally and she has 92 dismissals under her bag to sit at the top of the record. The Australian achieved the landmark in the second T20I match against New Zealand. Healy stumped New Zealand’s Amy Satterthwaite to level the record.

Subsequently, she took the catch of Lauren Down, who was her 92nd scalp, off the bowling of Georgia Wareham. Meanwhile, Healy’s 92 dismissals include 50 catches and 42 stumpings.

Former England wicket-keeper Sarah Taylor is at the third place with 74 T20I scalps under her belt.

Meanwhile, Healy made her T20I debut for Australia against New Zealand at Hobart in 2010. She didn’t have a great start to her career but she has been at her best in the last few years. The right-hander has provided Australia some great starts while opening the batting in the shortest format of the game.

Healy was also awarded the Player of the tournament award in the 2018 ICC Women World T20 in the West Indies after she had scored 225 runs in the big event.

Healy, wife of Australian fast bowler Mitchell Starc, has also recorded the highest individual score in the Women’s T20I. She had scored a blistering knock of 148 runs against Sri Lanka at North Sydney Oval in 2019.

On the other hand, Healy was at her absolute best when she scored a whirlwind knock of 75 runs off just 39 balls in the 2020 Women World T20 final against India. She was awarded the Player of the match in the final and thus she was instrumental in taking Australia to their fifth title, earlier in the year.

Meanwhile, Australia women won the second T20I by eight wickets to take an impregnable lead of 2-0 in the series against New Zealand.