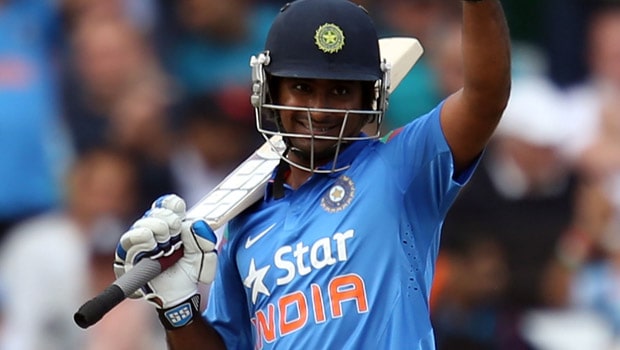 Former BCCI selector Gagan Khoda has opened up on the controversial decision to drop Ambati Rayudu from the 2019 World Cup squad. Surprisingly, Rayudu could not get his ticket to England as Khoda stated that the batsman was getting stagnant and his confidence level wasn’t up there.

In fact, Ambati Rayudu had been playing at number four before the ODI showpiece and had done a decent job for the team.  The right-hander had impressed with his performances as he had scored 1694 runs in 55 ODIs at an impressive average of 47.06. Furthermore,  he had scored a gutsy 90 in the tough conditions of New Zealand when the team had their backs against the wall.

Gagan Khoda told Sportskeeda, “Ambati Rayudu was experienced and you were looking at the World Cup. We carried on with him for a year but we felt he was getting stagnant. The confidence level going into the World Cup wasn’t there. We couldn’t get any youngsters in because the tournament was in England also.”

Former BCCI chief selector MSK Prasad had stated that they have preferred Vijay Shankar over Ambati Rayudu as the former is a ‘three-dimensional’ player. However, Shankar was soon ruled out of the ODI showpiece after taking a blow to his toe from Jasprit Bumrah in the net sessions.

Still, Rayudu was not called upon in the squad and instead, rookie wicket-keeper batsman Rishabh Pant was given a chance. Subsequently, Rayudu went on to take retirement from all forms of the game but later made a U-turn on his decision.

There is no doubt that there were some shocking decisions taken by the previous panel of the selectors. India had to pay the price in the all-important semi-final against New Zealand as there was no one in the middle-order to rescue the sinking team’s ship.

The top-order had crumbled like a pack of cards and the inexperience in the middle-order led to India’s downfall. However, now the team has put paid to their number four woes as Shreyas Iyer has grabbed his opportunities in the 50-overs format.