Home » Cricket » 5 records which prove that Andre Russell is a T20 G.O.A.T (Greatest Of All Time)

5 records which prove that Andre Russell is a T20 G.O.A.T (Greatest Of All Time) 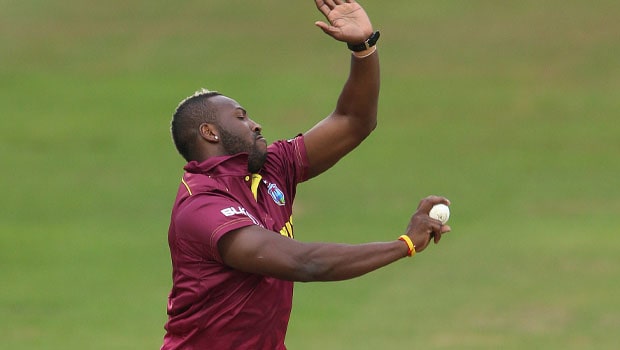 There is no doubt that Andre Russell is one of the most dangerous players going around in T20 cricket. He is not only a destructive batsman who is capable of annihilating oppositions with his hard hitting, but he is a swift pacer capable of taking wickets at will too. As he turns 32 today, we take a look at five of his records which prove that he is a the Greatest of All Time (G.O.A.T) in T20 cricket.

Highest career strike-rate in the IPL

No other player has a better batting strike-rate than Andre Russell’s 186.41 in entire IPL history. Russell has scored a total of 1400 runs in the IPL in just 52 innings and that includes eight scores of fifty or more as well. In fact, nobody comes close to match him with that strike-rate. The next best his Caribbean teammate Sunil Narine with a strike-rate of 168.34.

Russell also surpassed the likes of Kieron Pollard and Shane Watson last year to become the fastest to the double of 50 wickets and 1000 runs in the IPL. He achieved the feat I’m 57 matches and thus broke Watson and Pollard’s jointly held previous record of 62 matches.

A century and a hat-trick in the same match

This performance proved why he is regarded as the best all-rounder in T20 cricket at present. In a Caribbean Premier League match in 2018, Russell became only the second player to score a century and take a hat-trick in the same T20 match. England’s Joe Denly was the first to record the feat in the same year, just a few months ahead of Russell. The Caribbean all-rounder, though, was the first to achieve the feat in the CPL.

Russell smashed the fastest century in CPL history when he scored a ton off just 40 balls to help Jamaica Tallawahs chase down a target of 224 runs comfortably. It was the same match in which he took a hat-trick as well. Russell walked out to bat with his side in trouble at 15 for 3 and went on to score an unbeaten 121 from thereon.

In 2013, Russell became the first bowler in T20 history to take four wickets in four consecutive deliveries. He achieved the feat while playing against India A and dismissed batsmen like Naman Ojha, Yusuf Pathan, Kedar Jadhav and Yuvraj Singh.