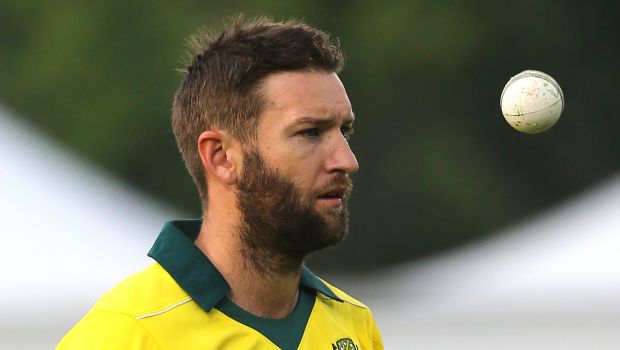 Andrew Tye has replaced Kane Richardson in Australia’s ODI and T20I squads for the upcoming series against India. Richardson pulled out of the series to be with his wife and newly born son, a Cricket Australia release revealed on Wednesday.

Andrew Tye has thus far played seven ODI matches in which he has scalped 12 wickets whereas he has snared 37 wickets in 26 T20I matches. Tye has good variations under his repertoire and has a good knuckleball ball, which he uses with great effect.

“It was a difficult decision for Kane to make but one which has the complete support of the selectors and the entire playing squad,” national selector Trevor Hohns said on Wednesday (November 18).

“Kane wanted to remain in Adelaide with Nyki and their newborn son. We will always support our players and their families; even more so given the challenging environment, we are in. “We will miss what he brings to the team but completely understand and support his decision.

“AJ is incredibly skilled in both forms of the short game. He impressed in the UK with his high work ethic and his positive energy around the squad,” Hohns said of Tye, who was part of Australia’s tour to the UK earlier in the year. “He is a great player to be able to call on.”

On the other hand, Adelaide’s Covid-19 outbreak has forced Cricket Australia to add three more players to the training sessions in Sydney after the border restrictions imposed by various states.

Australia’s young wicket-keeper batsman Josh Philippe, who is quarantining after his return from UAE and D’Arcy Short will train with the squad before they will join their respective BBL franchise for the upcoming tournament.

The first ODI between Australia and India will take place at the Sydney Cricket Ground on November 27 whereas the first T20I will be played at Manuka Oval, Canberra on December 4.