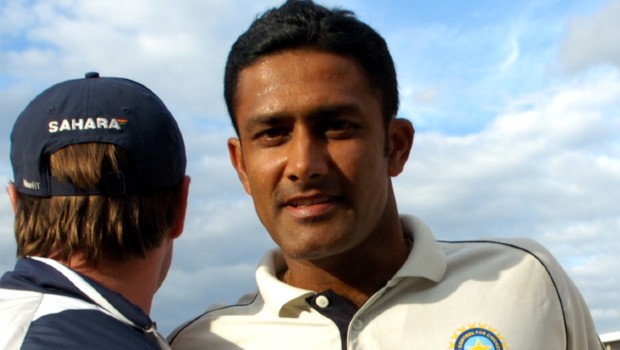 The Anil Kumble-led ICC Cricket committee has recommended the ban of saliva to shine the ball due to the ongoing coronavirus pandemic. However, the bowlers will be allowed to use their sweat to keep the shine on one side of the ball. The Cricket committee also pushed to bring two local umpires during their video conference meeting on Monday as travel will be a chaos during this tumultuous time.

Meanwhile, there have been discussions that the bowlers should be given the right to tamper the ball in front of the umpires as they won’t be able to use the saliva. However, a final call on the same is yet to be taken by the governing council.

In the wake of the Covid-19, using saliva to shine the ball is seen as a health hazard. However, the bowlers rely a lot on their saliva to keep one side of the ball shiny, which helps them in swinging the ball. Thus, the world wide bowlers will need to come up with different plans in these testing times, once the action resumes.

“We are living through extraordinary times and the recommendations the committee made today are interim measures to enable us to safely resume cricket in a way that preserves the essence of our game,” Kumble said in an ICC release.

On the other hand, the ICC Cricket Committee has also proposed use of extra DRS review per team per innings in all the three formats as an interim measure. Thus, the committee wants to increase the use of technology to support the appointments of the umpires across the globe.

David Warner had also opposed the idea on the ban of saliva. However, former South African fast bowler Allan Donald has no issues of legalising ball-tampering.