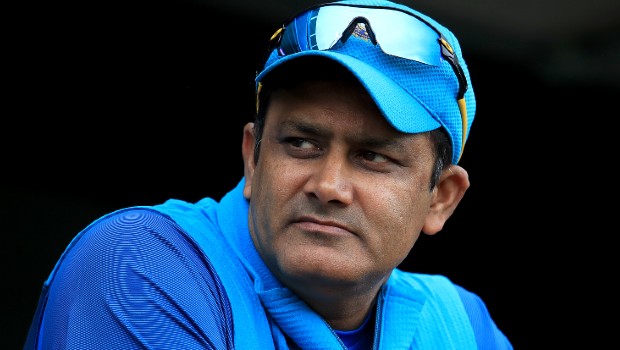 Kings XI Punjab head coach Anil Kumble is confident that the Indian Premier League can be staged in 2020 even if the tournament has to be played behind closed doors. There were reports surfacing that the IPL is all set to replace the T20 World Cup in the October-November window.

However, the International Cricket Council has squashed such reports and added that the plans are still in place to host the T20I showpiece as it is scheduled. In fact, the final call on the T20 World Cup could be taken today at the board’s general meeting. Subsequently, we can have a clear picture on the IPL.

Meanwhile, the IPL was expected to begin from March 29 but it was postponed indefinitely by the Indian board owing to the serious condition of the coronavirus.

Kumble added that the IPL can be planned in such a way that all the matches are played in three to four venues, so that the players don’t need to travel a lot.

“Yes we are hopeful and optimistic that there is still a possibility (to hold IPL this year) if we can cram in the schedule,” Kumble was quoted as saying by Star Sports show ‘Cricket Connected’.

“If we are going to have a stadium without spectators, then probably have 3 or 4 venues; there’s still a possibility, we are all optimistic,” said the former spinner.

On the other hand, former Indian batsman VVS Laxman is also confident that the IPL will go on in 2020. Laxman added that the stakeholders will have their say in organising the tournament. The former Indian batsman suggested that one venue can be finalised which has three to four stadiums in close proximity to each other as travelling will be an issue.

“Absolutely (there is a chance to hold IPL this year), and also make sure that all the stakeholders have a say,” he said.

“You should identify one venue, which probably has 3 or 4 grounds; if at all you find that kind of a venue because travel is again going to be quite challenging,” said the former stylish batsman.

There is no doubt that if the IPL happens, it is going to be played without any crowd. Sports Minister Kiren Rijiju has confirmed that the Indian government will take a call on the fate of the IPL and not the BCCI.

A lot will depend on the coronavirus situation in the next couple of months and there are going to be challenges for the organisers. Furthermore, the BCCI will want the October-November window if the T20 World Cup is deferred.

A lot of current and former players want the IPL to happen and if the glamorous T20 league doesn’t take place in 2020, then the Indian board will suffer a huge loss of INR 4000 crores.