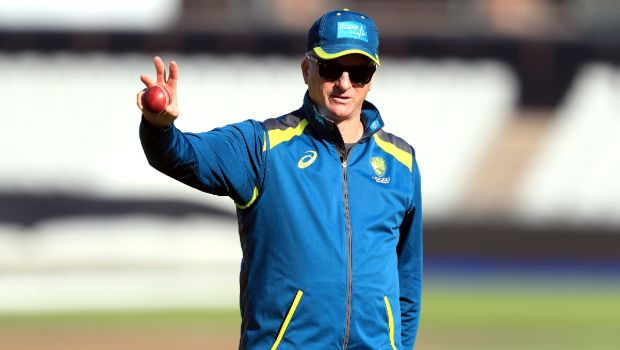 Kumble was known for his accurate bowling and he always used to hit the good line and length area.

Former Aussie skipper believes Kumble was a bit like Rahul Dravid of India’s bowling line-up. Kumble finished his glorious Test career as the third highest wicket-taker in the Test matches with 619 scalps.

Kumble used to hardly turn the ball and got most of his dismissals through LBW and bowled as he mostly bowled straight at the stumps. The leg-spinner was relentless in his approach and hardly gave any freebies to the batsmen.

Kumble had a decent record while playing against Australia as the lanky spinner snared 111 wickets in 20 matches at an average of 30.32.

“He (Anil Kumble) was a fierce competitor. He was always at you and never gave you an inch. I can’t remember him bowling poorly against us. He was a bit like Dravid of their bowling lineup. The captain knew what they were going to get from him. He was there all the time,” Steve Waugh said while talking to cricket.com.au.

Kumble was known for his fighting spirit and he even bowled with a broken jaw in the West Indies and got the crucial scalp of Brian Lara.

The leg-spinner was known to keep it tight and thus he used build pressure on the opposition with his accurate bowling. Meanwhile, Waugh added playing for the country was everything for Kumble and he took great pride in representing his nation.

“I don’t think I played anyone who enjoyed playing for the country as much as he (Anil Kumble) did. It was everything to him. We certainly didn’t play him as a leg-spinner. We played him more like a slow in-swing bowler,” Steve Waugh observed.

Waugh added Kumble to deceive the batsmen with his change of pace and use of the crease. Anil Kumble had a successful career and he is regarded as one of the best spinners produced by India.

The Karnataka player was always instrumental in the team’s success and played a key role in taking Indian cricket to new heights. Kumble later went to coach the Indian team and he is currently the head of the ICC Cricket Executive Committee.