Anil Kumble would have picked 900 wickets with DRS – Gautam Gambhir 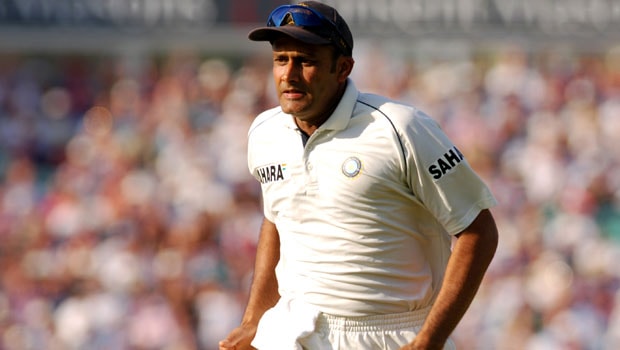 Former Indian opener Gautam Gambhir stated legendary spinner Anil Kumble would have finished with 900 wickets if there was a Decision Review System during his time. Kumble was always right on the money with his line and length and brought bowled as well as leg-before-wicket into the picture.

The leg-spinner was known to bowl in the corridor of uncertainty and he would hardly give an inch to the batsman. In fact, Kumble was not a big turner of the ball but his accuracy was his biggest strength. However, Kumble knew how to work out the opposition batsman as he had one of the shrewdest minds in the game.

Kumble finished with 619 wickets in 132 Test matches at an average of 29.65. The veteran is the third highest wicket-taker in the Test fold behind Muttiah Muralitharan and Shane Warne. Kumble had also become only the second bowler in Test history to snare 10 wickets in an innings when he took all of Pakistan’s second innings scalps in the Delhi Test.

Meanwhile, Kumble took 337 wickets in 271 ODIs while playing for the national side at an average of 30.9.

On the other hand, Gautam Gambhir believes Harbhajan would have also ended his career with 700 wickets if there was DRS. Harbhajan ended with 417 wickets in his Test career.

With DRS technology Kumble would have ended up with 900 wickets and Harbhajan with 700 wickets,” Gambhir said during an Instagram live session with Sports Tak as per India Today.

“They missed LBW (leg before wicket) decisions on front-foot. Bhajju pa took seven wickets in Cape Town, just imagine. If they would have played on rank-turners opposition would not have been able to make even 100 runs.”

Gautam Gambhir also recalled an incident when Kumble was leading the side on the Australian tour and he asked Sehwag and him to open the innings. Kumble had said that even if they get ducks in all the matches, he would still back them to the hilt. Gambhir had never heard any Indian captain talk like that.

The former southpaw added he can give his life for a leader like Anil Kumble. The leg-spinner led India in 14 Test matches in which the team won three and lost five. India won the famous Perth Test match against Australia under the leadership of Kumble.

“(Virender) Sehwag and I were having dinner when Kumble walked in and said that you guys will open throughout the series no matter what,” Gambhir said, recalling the 2008 series against Australia.

“Even if you get eight ducks (four-match series) it doesn’t matter. I have never heard such words from anyone in my career. So, if I have to give my life for someone, it would be Anil Kumble. Those words are still in my heart,” Gambhir said.