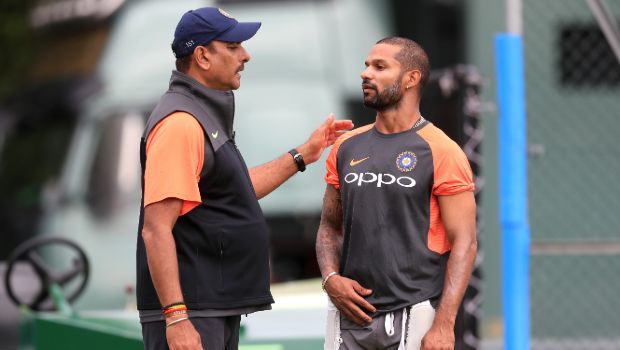 Anshuman Gaekwad, who was part of the Cricket Advisory Committee in August 2019, has revealed why Ravi Shastri was re-appointed as the head coach of the Indian team.

Shastri had taken over from Anil Kumble in 2017 after there was a fall out between Indian captain Virat Kohli and the former legendary leg-spinner.

Shastri did a fine job for the Indian team between 2017-2019 but the national team lost in the semifinal of the 2019 World Cup against New Zealand.

Meanwhile, coaches like Tom Moody, Phil Simmons, Mike Hesson had put their hats in the ring for India’s head coach role. However, Gaekwad, who was part of the coach selection panel along with head Kapil Dev and Shantha Rangaswamy, stated that Shastri had followed the game as a commentator and he was the best option to take Indian cricket forward.

Furthermore, Shastri shares a great bonhomie with Indian skipper Virat Kohli and also knows the Indian players inside out, which worked to his advantage.

“See, Ravi had an advantage among the others who were in fray for the coaching job. Myself, Kapil Dev and Shantha… we did the selection. He was in touch with cricket by virtue of being a commentator. He had seen cricket and not only of one country but world cricket from a very close quarter. He knew exactly how things go about – winning or losing. He knew how matches and situations turn around. What one does to do it? He was in touch and knew the Indian players well and players knew him well. What else do you want?” Gaikwad said while talking to Hindustan Times.

On the other hand, the former Indian head coach, Gaekwad added that the captain and the coach can not do everything by themselves and it should always be a collective effort of the team.

“It’s not only the coach and captain. That’s a wrong concept people have. It’s the coach and the team. A captain alone can’t do anything. He needs another 10 to do it. Similarly, coach and captain can’t do everything. That has been my experience. I had the best of the guys – Tendulkar, Azharuddin, Laxman, Sourav, Rahul. What else do you want? And in the bowling, Anil, Srinath, Venkatesh Prasad, and it worked,” Gaekwad said.

Meanwhile, India could not win the WTC as they lost against New Zealand in the final. Ravi Shastri’s contract will expire after the T20 World Cup and it will be interesting to note if he is retained as coach by the BCCI.