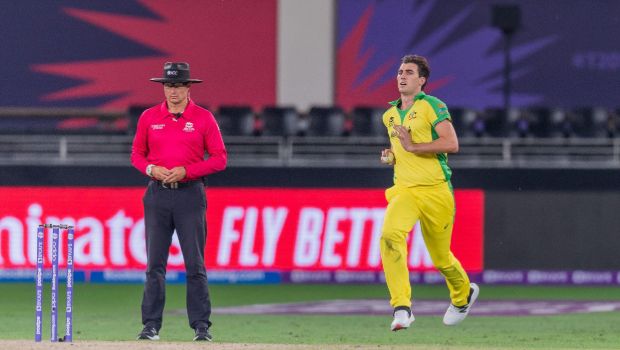 Australia’s rookie captain Pat Cummins made a rollicking start to his captaincy debut as he did a fantastic job on the opening day of the first Test match against England in ongoing Ashes 2021 at the Gabba, Brisbane. Cummins scalped a five-wicket haul and became the first captain to take a fifer in Ashes in 39 years.

Australia was able to fold England for a paltry score of 147 runs after Joe Root won the toss and decided to bat first. The hosts made a fine start as Mitchell Starc dismissed Rory Burns on the very first ball and became the second bowler in the Ashes history to take a wicket on the first ball of the series.

Australia’s Ernie McCormick dismissed Stan Worthington in Brisbane in 1936 on the first ball which was also Don Bradman’s first Ashes Test as captain.

Cummins got his first wicket when he dismissed England’s talisman all-rounder Ben Stokes as Marnus Labuschagne took a good catch while diving to his left. Furthermore, Cummins rotated his bowlers with guile and led from the front.

Brett Lee told foxsports.com.au: “He had a stroke of genius when he gets Green on, gets the breakthrough of the biggest partnership in the game and then takes him straight off because he brings on Josh Hazlewood because he can bowl at the tail. So that’s a captain that — if you’re watching, you wouldn’t think it’s his first game as captain. He looks as though he’s been around for a long time.”

On the other hand, former legendary Australian spinner Shane Warne also heaped praise on Pat Cummins and said the fast bowler was outstanding on the opening day of the Test match.

Warne said: “Cummins a five-for, as captain on day one. You get a wicket first ball, luckily you don’t win the toss and don’t have to make a decision and then you knock over the opposition for 147 and takes a five-for. I reckon as far as him sitting back and thinking about his first day as captain, I reckon it’s gone pretty well for him and even better than he thought. Cummins was outstanding today.”

Meanwhile, Mitchell Starc and Josh Hazlewood also picked a brace for Australia on the opening day while Cameron Green was able to get his maiden Test wicket as he dismissed a well-settled Olle Pope. The final session was washed out due to rain.