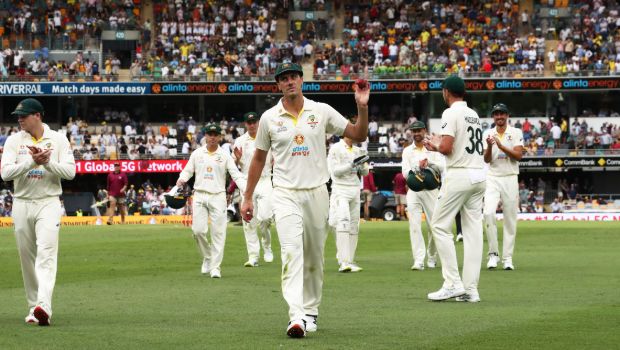 Cricket Australia has named an unchanged 15-man squad for the remainder of the ongoing Ashes series.

Pat Cummins and Josh Hazlewood who missed the ongoing second Test match at Adelaide will be expected to return for the Boxing Day Test match.

Josh Hazlewood also missed the second Test match at Adelaide due to a side strain. Thus, both of these experienced bowlers are expected to make a comeback in the third Test.

Mitchell Starc could be doubtful for the upcoming match due to a back injury. Starc had felt some discomfort while batting in the second innings of the Adelaide Test match. Thus, one bowler out of Jhye Richardson and Michael Neser could be part of the final XI in the third Test match if Starc is ruled out.

Australia had taken a 1-0 lead in the five-match series as they had won the opening Test match convincingly by nine wickets. The home side is now three wickets away from winning the second Test match and taking a 2-0 lead in the series.

The third Test match will be the Boxing Day Test and will be played at the MCG.