Home » Cricket » Ashes: Hopefully I can do something similar: James Anderson on repeating Josh Hazlewood’s pink-ball spell at Adelaide

Ashes: Hopefully I can do something similar: James Anderson on repeating Josh Hazlewood’s pink-ball spell at Adelaide 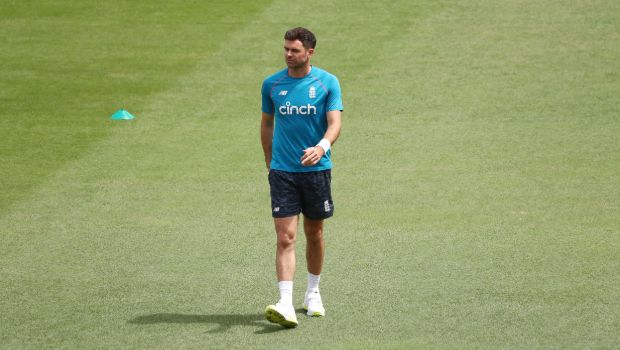 England’s veteran fast bowler James Anderson is hopeful that he can repeat Josh Hazelwood’s pink-ball spell in the second Ashes Test against Australia.

Hazelwood had bowled a fiery spell against India as he had returned with figures of 5-8 as the visitors were bundled out for a paltry score of 36 runs.

Anderson is well known to swing the ball both ways and he is expected to be lethal with the pink ball.

“I have watched most of the pink-ball Tests here. Whether it was actually being here or middle of the night back home, just to try and get an idea of how I should be bowling in these conditions and see if I can pick up anything from anyone.

“So yeah, it was certainly a spell I watched. And hopefully, I can do something similar, but we will see,” Anderson said, as quoted by Perth Now.

Anderson added that he will look to take advantage when the pink will do a little bit under lights.

“Probably more crushing defeats than good times. I had success with it last time here. But obviously, it is quite temperamental still. It’s not a given that it’s going to swing around corners or seam or anything like that.

“It’s generally a good pitch here. When the pitch is good, if the sun’s out, then it won’t do a great deal. It’s trying to take advantage of those times when it does do a little bit.”

England clearly missed the services of James Anderson and Stuart Broad in the opening Test match and it will be interesting to note what will be their playing combination. The tourists will look to make a solid comeback after losing the first Test by nine wickets.