Home » Cricket » Ashish Nehra: Reliving his most memorable bowling spells on his Birthday

Ashish Nehra: Reliving his most memorable bowling spells on his Birthday 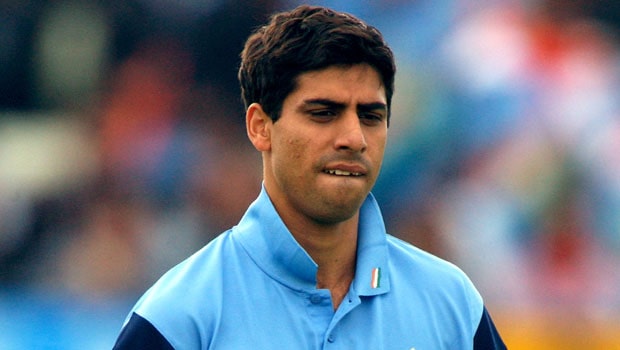 Former Indian speedster Ashish Nehra has given us many memorable bowling spells to cherish. Although he had a career marred with injuries, he kept defying odds by making sporadic comebacks and even finished his career on a high with a World Cup win under his belt after making a comeback at the age of 30 years. As he celebrates his 41st birthday today, we take a look at three of his most memorable bowling spells in ODIs.

This spell has to be at the top of his bowling performances. In this World Cup encounter of 2003, India posted a below par total of 250 while batting first on a beautiful Kingsmead track. India needed a good effort from their bowlers to put up a fight in this match and they did the same as England were reduced to 28/2 by 12 overs. Indian skipper Sourav Ganguly brought Ashish Nehra to bowl after that and what followed was one of the finest spells in ODI history. Nehra swung the ball both ways and made it difficult for the English batsmen to read them. Apart from Alec Stewart, all other batsmen were either caught in the slips or by the wicket-keeper and Nehra finished with a match winning spell of 6/23.

This spell didn’t result in an Indian victory but this was again one of the finest spells by Nehra in ODIs. Sri Lanka were batting first in the final match of the Indian Oil Cup at Colombo and were looking to post a high total on an excellent batting track. But Nehra produced an inspirational spell out of nowhere even though the other Indian bowlers struggled to take wickets. His figures were excellent until it was spoilt in a final over assault by Chamida Vaas. Nehra still finished with memorable figures of 6/59 as Sri Lanka posted 281 runs on the board. India fought hard with the bat but ultimately fell short by 18 runs.

This was one of his matches during the latter stage of his career but Nehra had still not lost the spark he showed as a young bowler. In this Asia Cup final, India were defending only 268 runs against Sri Lanka on a pitch which had the record of behaving better under lights. It was supposed to be a comfortable chase for a strong Sri Lankan batting lineup but Nehra had other ideas as he broke the back of their batting unit with a sensational spell of 4/40. The left-arm seamer was accurate in his line and length, and sent back three of Sri Lanka’s batting stalwarts — Mahela Jayawardene, Kumar Sangakkara and Angelo Matthew’s — to give Indian the control in the match.