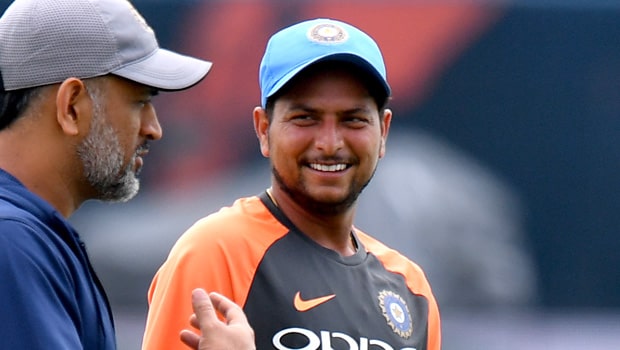 Indian spinners Kuldeep Yadav and R Ashwin are expected to easily adjust to the condition of the pitches in Australia due to their recent experience of Tours in the country.

India will begin the Tour on December 17, with the first Test scheduled for Adelaide.

The duo are being rated high because they are part of the team that toured Australia within two years of their previous tour.

The tours were initially separated by a few years. That would have made things difficult for players, especially spinners. If it was before, by the time spinners adjust to the conditions and pitches, the tour would have been over.

This was what past generations of spinners went through. But that won’t be the case this time around as either Kuldeep Yadav or R Ashwin, or both are expected to feature on December 17 for the first Test in Adelaide. From their recent successes on the grounds, they will have an advantage and confidence.

During the India Tour of 2018-19, the duo performed well in the last Tests they played in Australia. Yadav recorded five wickets scalp in the first innings at the Sydney Cricket Ground (SCG) in January 2019, while Ashwin recorded six from two innings in Adelaide a month earlier. Ashwin missed out the next three Tests due to injury.

The good thing for India right now is that he is fit. That means he will be competing for a spot with Yadav. The latter is a wrist spinner, who could be the preferred choice on Australian wickets. Spinners from the sub-continent have struggled here.

Speaking from experience with IANS, former India off-spinner, Harbhajan Singh who toured Australia in 2003-04 and 2007-08, noted that Australia is a tough place for bowlers.

Having played 103 Tests that saw him record great success against Ricky Ponting, Singh said it takes bowlers time to adjust to the wickets; that’s if the tour has not even ended.

He added that their spinners record more success because they understood the conditions better and well as it was their turf.

Having recorded rich hauls last time in the absence of David Warner and Steve Smith, who was serving a ban, it would be a different scenario for Yadav, who sent Australian left-handers out.

He and Ashwin share the credit for bowling out eleven batsmen, in which eight were left-handers.