Home » Cricket » Ashwin: I will Mankad anyone who goes out of the crease

Ashwin: I will Mankad anyone who goes out of the crease 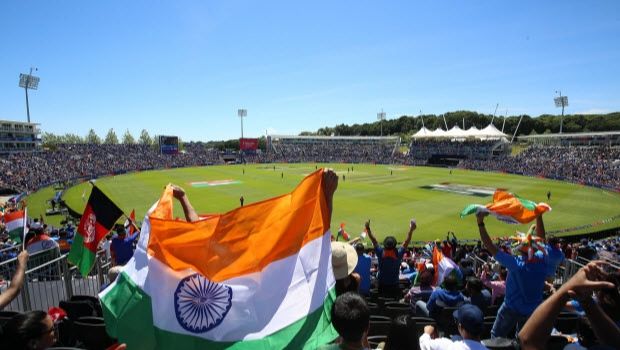 Indian cricketer, Ravichandran Ashwin said that he would ‘Mankad’ anyone who goes out of the crease ahead of the Indian Premier League (IPL) season. Which commences in March.

In a question and answer session on micro-blogging site Twitter from fans, the off-spinner said that he would still do the same if faced with that situation.

The veteran spinner ‘Mankaded’ Jos Buttler in the last season of the Indian Premier League (IPL), during a match in IPL 2019 when the latter had walked out of the crease at the non-striker’s end while Ashwin was going through his bowling action.
Despite split opinions over the incident, Ashwin was unapologetic, and he maintained his view.

Meanwhile, the 2020 edition of the Indian Premier League will commence on March 29 at the Wankhede Stadium in Mumbai.

Mumbai Indians will kick off the campaign on their home ground. With some Test games and international series on during the period, it means that some clubs will begin the campaign and possibly play some games without some of their star players.

Players that will be affected by this are from Australia, England, and Kiwi. At the point of commencement of the IPL, there will be two international series with Australia and New Zealand clashing in a T20I series, which the last game will come up on March 29 and the England-Sri Lanka Test series ends on March 31.

Speaking on the development, a senior staff of one of the franchises said they were keeping fingers crossed, hoping that the IPL Governing Council will go back to the old format of having doubleheaders through the tournament and start around April 1.

According to the official, in such a scenario, the league will begin without the big players, and that isn’t a happy occasion. He added that if the season starts on April 1, the scenario looks much better.

From the look of things, it looks like the governing body; the IPL Governing Council is ready to do away with too many doubleheaders in a bid to ensure that fans get the best of viewing time and value for money.

Previous Post
Vijay’S Empire secures Narrow Victory; Hope won on her debut
Next Post
Vikas Krishan vows to conquer the absence of medals by winning medals at the Olympics