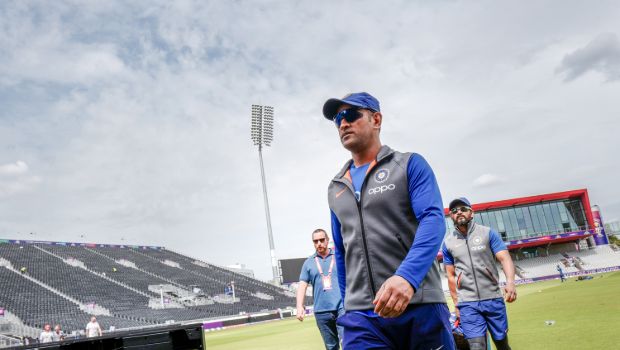 The Board of Control for Cricket in India (BCCI) denied Indian cricket legend MS Dhoni a central contract recently as his time with the senior cricket team approaches its end. Dhoni hasn’t been seen in Indian colours since the Men in Blue’s semi-final exit from the World Cup in England last year, leading to him being denied the contract.

However, question marks still remain surrounding his heir apparent behind the stumps. Here, we have a look at a few of the contenders in the running to take on the mantle from the World Cup-winning Indian skipper.

Saha has been a part of India’s Test setup ever since Dhoni’s retirement from the longest form of the game in 2014. He’s played 34 Tests since Dhoni’s retirement and has scored five fifties and three centuries at an average of 32.17. The best wicketkeeper on this list in terms of glovework, Saha is likely to keep his spot behind the stumps in Tests but breaking into the limited overs teams seem a step too far for him given his age and the plethora of up and coming talents he has as competition for the spot.

Hotly tipped to be Dhoni’s successor after his breakthrough to the national side, Pant has received his fair share of chances in all formats. While he has had his highs and put in some impressive outings, Pant has also underwhelmed on many occasions, resulting in the jury still being out on his temperament. Unless Pant manages to find consistency and improve his shot-selection as well as his reading of the game, doubters will continue to raise questions on his involvement.

Rahul recently showed us his capabilities behind the stumps after filling in for an injured Pant against Australia and the elegant right-hander gave a good account of himself. The 27-year-old showed that he’s more than just handy with the gloves on and came in to bat lower down the order before producing a sensational innings in the finisher’s role. India have opted with unorthodox wicketkeepers in the past with Rahul Dravid being the most recent example. In Rahul, they definitely have another option in that regard should they choose to go in that direction.

Samson isn’t exactly an unheard name to most cricketing enthusiasts. An explosive right-hander, he first caught everyone’s attention with the Rajasthan Royals in the Indian Premier League (IPL). A shot-maker if there ever were one, Samson went on to make his T20Is debut for India in 2015. However, he had been away from the national setup since and only made his return to India’s T20Is squad this January in an underwhelming outing against Sri Lanka. Samson will receive another opportunity to impress in national colours in their upcoming five-match T20Is series against New Zealand and it will be worth noting if he can make the most of his chances.