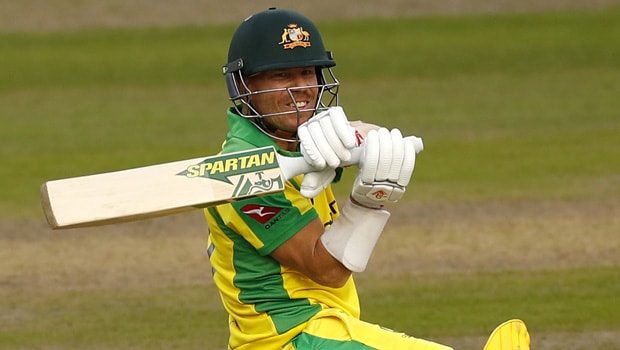 Australia batsman David Warner has been ruled out of the final ODI of the ongoing three-match ODI series against India, and the three T20Is that follow, due to a groin strain he picked up in the last match.

Warner exhibited discomfort while fielding in the second innings of the match and had to limp off the field. Reports later confirmed that he had suffered a groin strain.

The 34-year-old was enjoying a brilliant run of form with scores of 69 and 83 in the two ODIs against India. Western Australia all-rounder D’Arcy Short, who had been kept on standby, has been named as Warner’s replacement for the T20I series.

Short has already played 20 T20Is for Australia and has amassed 592 runs in them at a good average of 32.88. He has four fifties to his name in this format and is also the leading run-scorer in the Big Bash League since 2016. The 30-year-old has 1764 BBL runs to his name, which includes two hundreds and 15 fifties as well.

Australia head coach Justin Langer is quite hopeful that Warner would be fully fit ahead of the first Test against India, which is starting 17 December. Along with Warner, Australia’s ace fast bowler will also sit out of the remaining white-ball matches as the management has decided to rest him ahead of the all-important four-match Test series.

“Pat and Davie are critical to our plans for the Test Series,” said Langer. “Davie will work through his injury rehab and in Pat’s case it is important all of our players are managed well to keep them mentally and physically fit throughout what is a challenging summer.

“The priority for both is being fully prepared for one of the biggest and most important home Test series we have played in recent years, especially with ICC World Test Championship points up for grabs.”

Australia, however, haven’t named a replacement for Pat Cummins. They have already sealed the ODI series having won the first two matches comfortably. That also helped them in going to the top of the ICC Men’s Cricket World Cup Super League table. The two teams will now meet each other in the final ODI at Canberra on 2 December.