AUS v IND | I am a huge fan of Jasprit Bumrah: Allan Border 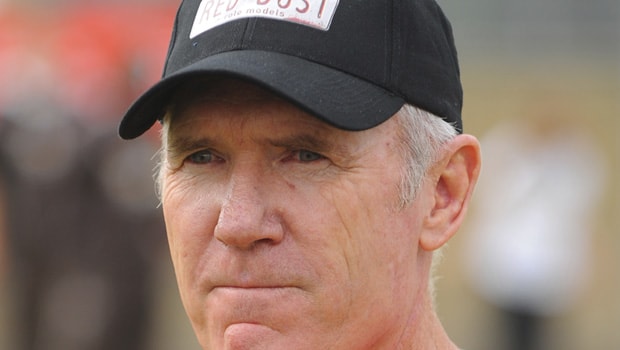 Legendary Australian batsman Allan Border thinks that the bowlers will make the real difference in the Test series between India and Australia beginning on December 17, even though there are star batsmen like Steve Smith, Virat Kohli, Marnus Labuschagne and Cheteshwar Pujara featuring in this series.

Border said that most of the bowlers will have a pivotal role to play in this series but he is looking forward to the performance of Jasprit Bumrah in particular. The former Australia skipper admires the Indian speedster a lot.

“Well I am a huge fan of Bumrah. If he keeps himself fit. We are talking of a guy who can win games for you fellows. I worry about him because on our pitches you get a little bit of bounce and sideways movement,” said Border.

“For India to win, I am worried about Bumrah. If he fires up like he did last time, get important wickets, ruffle a few feathers with the ball, I reckon he could be the real difference,” he added ahead of the series.

Bumrah played a key role in India’s first ever Test series win in Australia back in 2018-19 as he picked up 21 wickets in the four matches.

“You always think that your batting line-up will get enough runs, you need the 20 wickets to win the Test. If he stays fit, he is the one who is going to be a key,” the former Australia skipper added.

Border also likes Bumrah’s attitude a lot. He said that the Indian speedster is absolutely lethal when he is in rhythm.

“He (Bumrah) is a ripper. Just the way he plays his cricket, always has smile on his face. Lethal when he gets his rhythm going.”

Speaking about the absence of Virat Kohli, who will head hom for the birth of his first child, in the last three matches of the Series, Border said that India will miss their star batsman a lot. In fact, it could prove to be a deciding factor.

“I agree, there will be a huge gap in that line-up — just his (Kohli’s) presence around that team and out on the field. I think the Aussies will really enjoy that they don’t have to bowl to him for three of the Test matches.

“So he will want to hit the ground running at Adelaide and try and get India off to a flying start and see what happens from there,” he said