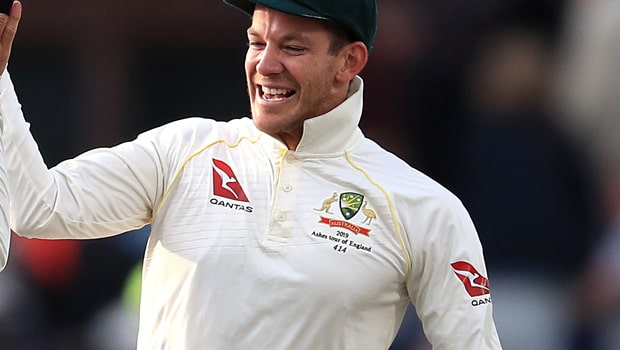 Former India batsman Sunil Gavaskar seemed pretty disappointed with Australia Test skipper Tim Paine as he sledged Indian off-spinner Ravichandran Ashwin in an unacceptable manner on the final day of the third Test match between India and Australia at the SCG.

According to Gavaskar, Paine’s actions were not acceptable as a skipper and he might lose his position in the side soon.

“I don’t know I am not an Australian selector, but his days as captain are numbered. If you allow the Indian team to bat 130-odd overs without getting wickets, this is a very good Australian attack. The bowling changes, the field placements, everything could have made a difference to the result,” Gavaskar told India Today.

The Australian bowlers tried everything within their capability to dislodge the Indian batsmen from the crease but they went on to bat the full final day to earn a memorable draw.

Paine dropped some catches and those played a key-role in the match-saving 62-run stand between Hanuma Vihari (23* off 161) and Ravichandran Ashwin (39 off 128), which lasted for 42 overs.

Frustrated by their resolve, the 36-year-old tried to exchange some words with Ashwin dueing the final session of the day and he went on to drop Vihari after that as well.

“Tim Paine was more interested in talking to the batsman rather than his field placing and bowling changes. So I won’t be surprised if there is a change in the Australian captaincy after the series is over,” Gavaskar said.

“If you drop simple catches, Rishabh Pant got two edges, they were not difficult catches, the last one which he missed off Vihari was also which he could have left to the first slip,” the former India skipper said.

“He was a little bit disturbed, his concentration was not there after that little episode with R Ashwin.”

Paine was heard on the stump mic sledging Ashwin, in the 122nd over of the Indian innings. He even used an abusive language during their conversation.

“First and foremost, it was unbefitting of a captain of a national team to be talking about something other than cricket,” Gavaskar said.

“By all means, you want to have a go at the opposition, you talk about their cricket, you can tell the batsmen he doesn’t know how to play, you can say he is no good.

“All those kinds of things are completely acceptable because you’re talking cricket. But when you talk about something else, it shows your frustration. It shows you are not able to bear the fact that the opposition is putting up a fight.”

India ended the match with a scored of 334/5, while chasing a target of 407. The final Test between the two sides will be played at the Gabba and it will start on January 15.