Home » Cricket » AUS v IND | We will have our plans in place for Virat Kohli: Justin Langer

AUS v IND | We will have our plans in place for Virat Kohli: Justin Langer 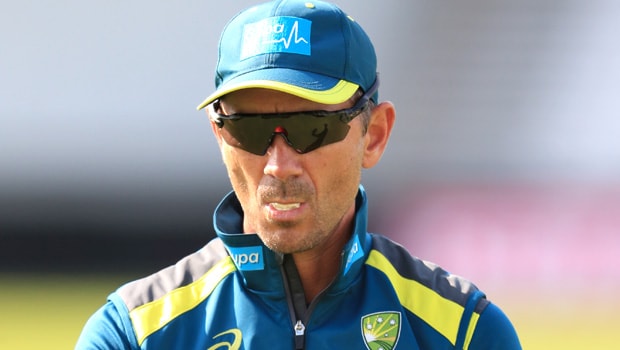 Australia coach Justin Langer has assured that they will have all necessary plans ready to tackle Virat Kohli’s threat in the day-night Test against India starting on Thursday (December 17) at Adelaide.

The Indian skipper will not be available for the other three matches of the series as he will fly back to India to attend the birth of his first child. So, many pundits believe that this match is going to set the tone for the rest of the series.

A strong performance from Kohli in this match can boost the morale of the Indian team in a great way. But Langer and co. are determined to stop Kohli from scoring big in this match.

“He is a great player and an equally great leader. I have got so much respect for him but we are going to be really well planned for him because we know how important he is for India as a leader and as a batsman. So, we will have our plans in place,” Langer said during a virtual media interaction.

“The next trick is to execute them, hopefully, keep him out of the game with his runs. At the end of the day, that’s where he is going to have the biggest impact. We’ve seen a lot of him now, and he has seen a lot of us too,” he added.

Langer also asserted that his players will focus more on the game and process of getting him dismissed rather than engaging with him needlessly.

“What we talk about is how to get Virat out. He is such a great player, we don’t talk about whether we taunt him or not. That’s rubbish… We play on the skill, not on emotions, at least we try to.”

“There is obviously emotion in the game, no doubt about that, we are going to control our emotions.”

Even though Australia have played more day-night Tests as compared to India, Langer doesn’t think that his team has any advantage heading into this contest.

“So, what has happened in the past, it is nice to replay. India have just come off a day-night practice game, we have done a bit of practice under lights.

“We haven’t played for 12 months or so, so when it comes to the crunch, regardless of the ball, regardless of whether it is day-night or a day Test match it is game on. I don’t think it (our past performance) has given us much advantage at all,” added Langer.