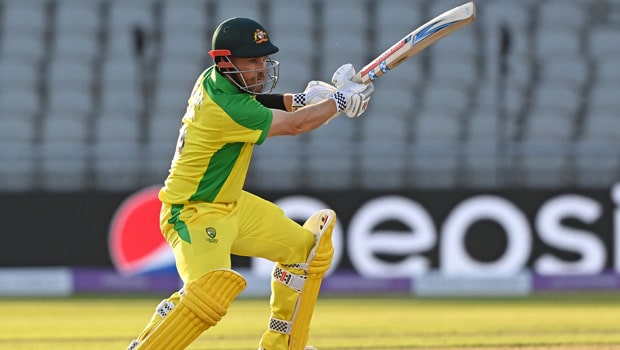 Australia’s limited-overs captain Aaron Finch Aaron Finch has become the second fastest Australian batsmen to score 5000 ODI runs. The right-hander reached the milestone in 126 innings as he has been a consistent performer for Australia over the years. David Warner is the fastest Australian batsman to score 5000 ODI runs as he reached the landmark in 115 innings.

Meanwhile, late Dean Jones, who breathed his last recently in Mumbai, had completed 5000 runs in 128 innings. On the other hand, former South African batsman Hashim Amla is the fastest batsman to score 5000 runs as he got to the landmark in 101 innings.

Former legend Sir Viv Richards and current Indian captain Virat Kohli are the second joint fastest to 5000 runs as both of them took 114 innings to get to the milestone.

On the other hand, Australian captain Aaron Finch won the toss and decided to bat first. Finch and Warner provided a perfect start to their team as they added a fine alliance of 156 runs to provide a perfect platform to their team.

Finch had a shaky start as he wasn’t able to get his timing right but soon found his momentum. Finch and Warner completed 100 runs partnership in only 19 overs. Finch also completed his 16th hundred as he batted at the top of his game.

Meanwhile, Steven Smith was able to hit the ground running as he scored at a fine pace. Smith completed his 100 off just 62 balls as he took the attack to the Indian bowlers, who were not up to the mark in their bowling innings.

Furthermore, the Indian fielding was sloppy as they didn’t take their chances. Shikhar Dhawan and Hardik Pandya misjudged two catches whereas Ravindra Jadeja also missed a chance to run out Aaron Finch.

The second ODI will take place at the same venue of SCG on November 29.