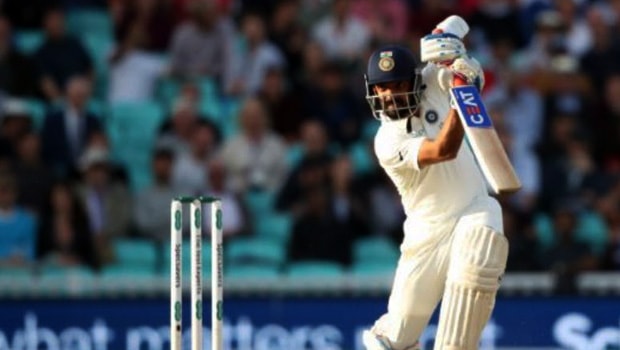 Former legendary Indian batsman Sunil Gavaskar believes Ajinkya Rahane could replace Virat Kohli at number four once the Indian captain leaves back for India after the first Test match. Rahane has got all the experience under his belt and Gavaskar reckons either KL Rahul or Shubman Gill can bat at number five from the second Test onwards.

India will have big shoes to fill in the absence of their full-time skipper Virat Kohli. However, Rahane will like to lead from the front in Kohli’s absence and it would be a perfect opportunity for him to bat at number four.

Rahane has mostly batted at number five in his Test career and he might need to promote himself in the batting order in Kohli’s absence. Rahane will not only play a crucial role as a batsman but he will also need to lead with aplomb. The right-hander showed good form in the first warm-up match against Australia A at Drummoyne Oval, Sydney as he scored a fine century.

“Virat’s obviously there only for the first Test then you’d expect Rahane to take over (as captain) but they (India) have to find someone to bat at No.4. Who do you expect to take that No.4 spot?” – Ponting asked Gavaskar during the discussion on 7 Cricket.

“It looks to me it could be KL Rahul. Or no, actually I think Rahane will go at No.4 once Virat goes away,” Gavaskar responded.

“Then you might have Rahul bat at No.5 or Shubman Gill,” the former India captain added.

There is no doubt that Kohli is India’s best batsman and his absence will create a massive hole. However, at the same time it will give opportunities to players like KL Rahul, Hanuma Vihari and Shubman Gill. The experienced players like Ajinkya Rahane, Cheteshwar Pujara and Rohit Sharma will need to put their hands up.

Hanuma Vihari scored a fine hundred in the second warm-up match whereas Shubman Gill also scored 65 runs. Thus, Gill has put his name forward for the opening position. On the other hand, Rohit Sharma will also join the squad for the last two Test matches.

The first Test match will be a Day-Night contest and it will be played at Adelaide Oval from December 17.