Home » Cricket » Aus vs Ind 2020: Ajinkya Rahane gave me the freedom to bowl the way I wanted and set my own field – Mohammed Siraj

Aus vs Ind 2020: Ajinkya Rahane gave me the freedom to bowl the way I wanted and set my own field – Mohammed Siraj 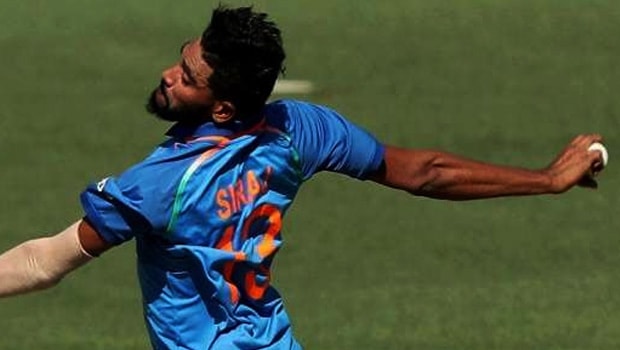 India’s fast bowler Mohammed Siraj had a perfect debut in the Boxing Day Test match against Australia as he picked two wickets in Australia’s first innings. The debutant, who became the 297th Indian Test player, returned with figures of 2-40. Siraj scalped the crucial wicket of Marnus Labuschagne and then also accounted for rookie batsman Cameron Green.

Siraj heaped praise on Ajinkya Rahane, who is leading the team in the absence of full-time skipper Virat Kohli. Rahane was guile in his bowling changes and Siraj revealed that Jinks gave him all the freedom in his bowling and made him comfortable on his debut.

In fact, Siraj was able to perfectly set up Marnus Labuschagne’s wicket as Shubman Gill took a fine catch at short fine-leg. The Hyderabad fast bowler has a first-class average of less than 24 and showed his class on the opening day of the second Test match.

“Firstly, I am very happy that I got to make my debut. And I had spoken to Rahane and he told me to do whatever I have been doing for India A and domestic cricket. He asked me not to think too much that I was playing for India and bowl my normal stuff,” Siraj said.

“I enjoyed bowling a lot with Rahane as the captain. Because he gave me the freedom to bowl the way I wanted and set my own field. He was also motivating me if one or two balls went bad. So, I was getting confidence with him,” he added.

Siraj bowled in the right areas and he was able to reap the rewards. Siraj’s second wicket came when he got the ball to nip back into Cameron Green to plumb him in front of the wickets. In fact, Siraj also took two catches and had a brilliant opening day of his Test career.

Siraj will look to continue the good show in the ongoing Test match. India was able to dominate the opening day as they skittled out Australia for a paltry score of 195 runs. Jasprit Bumrah scalped four wickets whereas Ravichandran Ashwin took three wickets. The visitors have scored 36 runs for the loss of one wicket and they trail by 159 runs.