Aus vs Ind 2020: Ajinkya Rahane-Ravindra Jadeja’s partnership might take the game away from Australia – Sachin Tendulkar 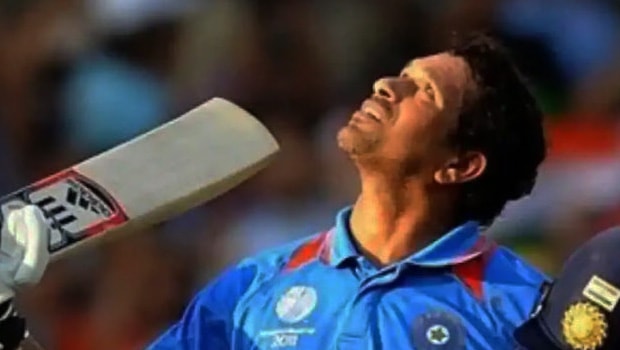 India’s former legendary batsman Sachin Tendulkar believes the alliance between Ajinkya Rahane and Ravindra Jadeja might have taken the game away from Australia in the ongoing Boxing Day Test match. Jadeja joined forces with Ajinkya Rahane after the dismissal of Rishabh Pant when India were 173-5.

The visitors were still 22 runs behind Australia’s first innings score of 195 runs and the match could have gone either way if Jadeja and Rahane had not put a good partnership. The right and left-hand batting combination added 121 runs for the sixth wicket and took their team to a commanding position.

Both the batsmen played with aplomb as they played at the top of their game. Rahane brought his 12th Test century whereas Jadeja got his 15th Test fifty. In fact, Jadeja played cautiously and didn’t take any risks to keep Australian bowlers at bay.

The Indian team is in a dominating position and Rahane and Jadeja deserve all the credit. Rahane has led from the front whereas Jadeja also got two wickets of Matthew Wade and Tim Paine to put India in front.

Sachin heaped praise on the collective team effort of the team as Jasprit Bumrah, Mohammed Siraj, Shubman Gill and Ravichandran Ashwin have all contributed to the team’s performance.

Sachin tweeted: “2 good days for India in the 2nd Test. @Jaspritbumrah93, @ashwinravi99 & Mohammed Siraj bowled really well and continued to keep the pressure on to restrict Australia to a low total. Well done by the stand-in captain Ajinkya, who made some real smart bowling changes coupled…”

“..with good field placements..@RealShubmanGill got off to a good start on debut with some good shots and looked comfortable at the crease. @ajinkyarahane88 and @imjadeja have stitched a very crucial partnership which may just take the game away from Australia.”

“Last but not least, fantastic knock by @ajinkyarahane88 who not only looked solid in his defense but was also looking to play attacking shots. He kept the momentum going really well.”

India have dominated all the three days of the Boxing Day Test match and they will look to keep the pressure on Australia on the penultimate day. The visitors have bounced after an ignominious defeat in the first Test match at Adelaide and Ajinkya Rahane deserves the credit for getting the best out of his players but the job is yet to be completed. Rahane has impressed one and all with his field placement and bowling changes.

Australia are currently 133-6 and they lead by only two runs.