Home » Cricket » Aus vs Ind 2020: All of us decided that we will not complain of being a bowler short – Jasprit Bumrah

Aus vs Ind 2020: All of us decided that we will not complain of being a bowler short – Jasprit Bumrah 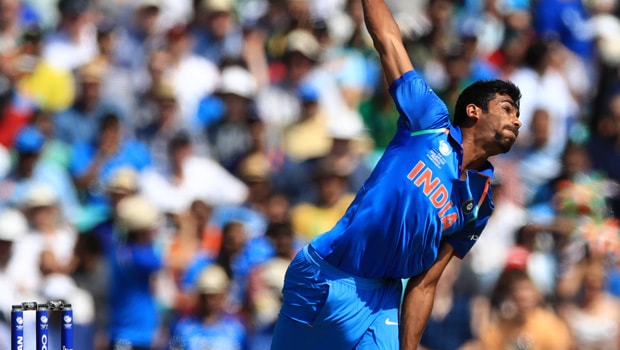 India suffered a huge blow as their experienced fast bowler Umesh Yadav had to walk off the field after bowling only 3.3 overs due to calf injury, which he sustained on the third day’s play. Yadav had just scalped the wicket of Joe Burns and the visitors had their work cut out as the pitch had become flat in the second innings.

In fact, India played with five bowlers and the strategy worked out well for them as Umesh Yadav could hardly bowl in the second dig. Mohammed Siraj was a massive positive for the tourists as the debutant scalped five wickets for 77 runs in the match. Bumrah took four wickets and bowled in the right channels to keep the pressure on the Australian batsmen.

Ravindra Jadeja and Ravichandran Ashwin also snared two wickets each in the second innings to help their team dominate the proceedings. In fact, Australia showed the stomach for the fight in the second innings as they faced 103.1 overs. However, the Indian team was well in front as they had taken a lead of 131 after the conclusion of the first innings.

Bumrah revealed that they wanted to make it difficult for the Australian batsmen to score runs easily.

“All of us had decided that we will not complain about being a bowler short. We just wanted to help each other and to make run-scoring hard for their batsmen. We were able to do that so we are very happy,” said Bumrah after the conclusion of Australia’s second innings.

Bumrah added that they wanted to make the youngsters feel comfortable after they were thrashed in Adelaide. Shubman Gill and Mohammed Siraj made impressive debuts for the Indian team.

India has now levelled the series 1-1 and they will look to continue the good show. The third Test match will take place at the SCG from January 7.