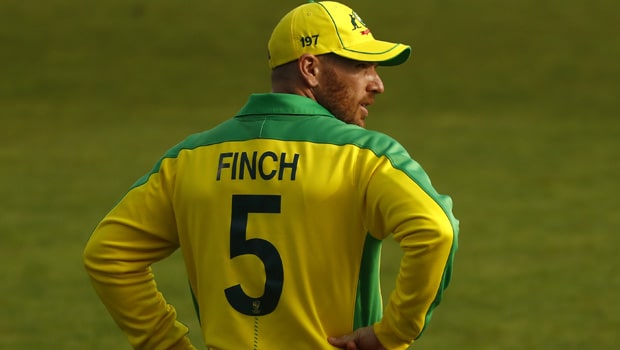 Australia’s assistant coach Andrew McDonald has backed under-fire Aaron Finch to deliver the goods in the upcoming series against India. Finch wasn’t in the best of forms in the recently concluded Indian Premier League while playing for Royal Challengers Bangalore.

Finch scored 268 runs in 12 matches for RCB at an 22.33 and a meagre strike rate of 111.20. Thus, the right-hander couldn’t get going while opening the innings for the Virat Kohli-led team.

However, McDonald is optimistic that the Australian limited-overs captain will be back to his best in the series against India. The assistant coach of the Australian team feels Finch has made a few changes to his technique and he should be able to deliver the goods for his team.

Finch is going to hold the key for Australia in the upcoming ODI and T20I series against India and he will open the innings with David Warner. The hosts will expect a good start from their openers.

“Aaron didn’t have the IPL he would have liked. He definitely struggled a little bit during the IPL and I think he’s got his game back under control. He probably wasn’t hitting the ball as well as what he would have liked and there’s some certain things he always works on and comes back to when he goes through those patches … little technical and mindset things,” Andrew McDonald was quoted as saying by The West Australian.

On the other hand, Andrew McDonald is not too concerned regarding the short stuff bowling against Steve Smith. New Zealand fast bowler Neil Wagner had used the same tactic against the talisman but McDonald feels Smith has got his basis covered. In fact, Smith had himself recently said that he is not bothered while facing the short deliveries.

Smith is a quality batsman and he is going to hold the key for Australia. Furthermore, the right-hander has an impressive record against India as he has scored 1429 runs in 10 Test matches at an average of 84.05.

“He’s working on it as he normally would. There doesn’t seem to be any deficiencies there. It’s going to be a tactic; a lot of bowling units will use against our top-line batters, especially with four men out in one-day cricket. They’ve used that tactic before and he’s done well on it before. I’m suggesting that plan hasn’t necessarily worked to its full effect,” Andrew McDonald said.

The first ODI between Australia and India will take place at the SCG on November 27 whereas the Test series will begin from December 17.