Aus vs Ind 2020: Australia have outplayed us – Virat Kohli 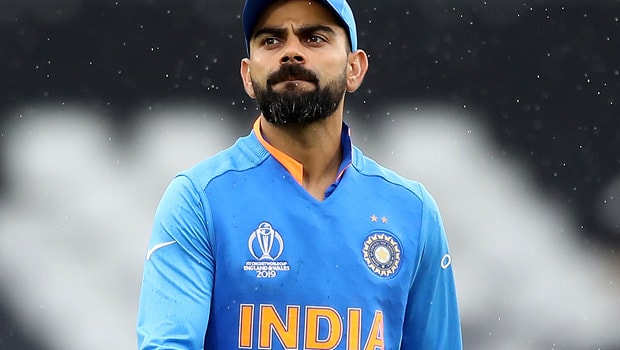 The Indian captain Virat Kohli admits that Australia has outplayed them in the first two ODIs of the ongoing three-match series. The hosts cruised to another convincing win of 51 runs in the second ODI after a dominating performance. Aaron Finch once again won the toss and Australia posted a gargantuan total of 389 runs at the Sydney Cricket Ground on Sunday.

The hosts have ticked the right boxes in the first two matches and the visitors haven’t been able to come with their best. Aaron Finch and David Warner added 142 runs for the opening alliance to lay down the foundation and then Steve Smith once again went blitzkrieg.

Aaron Finch, David Warner, Marnus Labuschagne, Glenn Maxwell scored fifties whereas Steve Smith scored another 62-ball hundred. Australia were brilliant with the bat and put the opposition under pressure from ball one. There was no respite for the visitors as they were totally dominated in all the three aspects of the game.

On the other hand, it looked like India had a slight chance when Virat Kohli and KL Rahul were going strong but in the end it was a mountain too steep to climb for the tourists. Pat Cummins scalped three wickets whereas Josh Hazlewood and Adam Zampa took a brace each to put the opposition under pressure.

Virat Kohli said in the post-match ceremony, “They have outplayed us. We were ineffective with the ball, and didn’t hit the areas. They have a strong batting line-up, they know the conditions and the angles well. The chase felt steep, and one or two wickets would take the RRR up so we had to keep hitting. They took the chances that they created in the field, which was the difference. Hardik felt okay to bowl. Initially just thought of trying for a couple of overs but he felt good and bowled a couple more. And he gave away a bit of a bowling plan with his off-cutters (smiles), but credit to them, they used the dimensions well. Even Rahul or Shreyas, if they carried on, it could’ve gotten us across the line with Hardik to come”.

Australia have completely outplayed India and the hosts have dominated the first two matches. The hosts will look to continue their domination whereas the visitors will look to bounce back.

The third ODI between Australia and India will take place at Manuka Oval, Canberra on December 2.