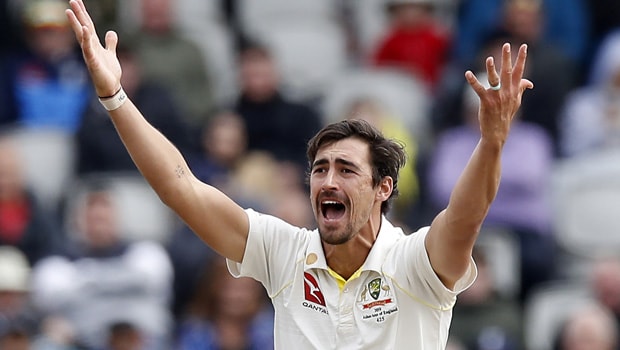 It was a roller coaster opening day of the Test series as the momentum swung from one side to the other. However, Australia will be the happier of the two sides as they won two sessions out of the three. The hosts scalped three wickets in the final session and India ended the day at 233-6.

Virat Kohli won the toss and decided to bat first but tourists’ didn’t get off to a perfect start as Shaw was dismissed on the second ball of the day. Starc provided the breakthrough as Shaw’s kryptonite of playing away from his body was exposed as the ball ricocheted onto the stumps after an inside edge.

Mayank Agarwal and Cheteshwar Pujara then toiled hard to keep Australian bowlers at bay. The visitors also had the rub of the green on their side as almost five edges didn’t carry to the slip cordon.

Agarwal was dismissed for 17 just after a drinks break when Pat Cummins found the gap between the right-hander’s bat and pad. Australia took the first session as India could only score 41 runs in 25 overs and also lost two wickets.

Pujara played a typical Pujara’s innings as he was watchful in his approach. The right-hander was solid against the pacers but looked to attack Nathan Lyon by prancing down the track. When it looked like tha Pujara was all set for the big one, he inside edged one to leg-slip, Marnus Labuschagne off Nathan Lyon’s bowling.

Pujara started walking but surprisingly Bruce Oxenford didn’t notice the big edge, prompting Tim Paine to go for the review and reverse the on-field decision. Subsequently, Ajinkya Rahane and Virat Kohli ran some quick singles between the wickets to put Australia under pressure.

Both the right-handers played some delightful shots all over the ground and also gave a boost to India’s depleted run-rate. Kohli continued his love-affair with Adelaide Oval to bring up his fifty. However, Rahane sold his captain down the river when he called for a quick single and then declined. Kohli was stranded half way at the pitch and was dismissed after scoring 74.

The new ball was immediately taken by Tim Paine and it caused more damage to India’s batting. Ajinkya Rahane was plumbed in front of the wickets by Mitchell Starc whereas Hanuma Vihari was dismissed in a similar fashion by Josh Hazlewood.