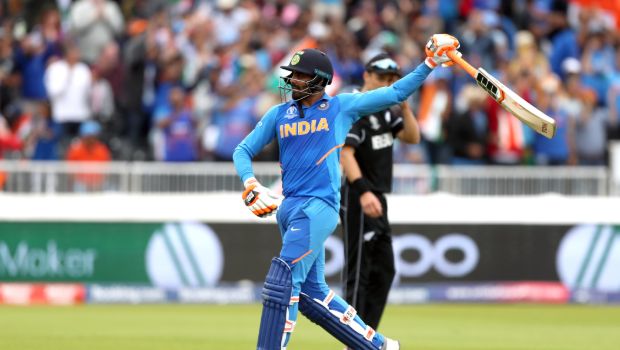 Former Indian batsman and now commentator Sanjay Manjrekar has heaped praise on India’s all-rounder Ravindra Jadeja. Manjrekar stated that he is a big admirer of Ravindra Jadeja in Test matches and the red-ball form is his strongest suit.

Jadeja played a crucial knock of 57 runs and added 121 runs with Ajinkya Rahane. The left-hander scored only three boundaries in his knock and took 159 balls to score his runs. Thus, Jadeja played as a proper batsman and backed his defence against the potent Australian bowlers.

In fact, Jadeja has been in sublime form in the last couple of years as he has batted at the top of his game. The southpaw is averaging 35.26 in his Test career and he has batted with consistency.

Meanwhile, Sanjay Manjrekar had earlier called Ravindra Jadeja a ‘bits and pieces’ cricketer during the 2019 World Cup. However, Jadeja had let his bat do all the talking as he had scored a majestic knock in the World Cup semi-final against New Zealand.

One of the Twitter users wrote Ravindra Jadeja is the best Indian all-rounder since Kapil Dev but Sanjay Mankrekar won’t agree or like it. However, Manjrekar retweeted the quote and wrote, “Big admirer of Jadeja, when it comes to Tests, have always been for years. Test cricket is his strong suit”.

On the other hand, Ravindra Jadeja not only delivered the goods with the bat but also he also took two crucial wickets of Matthew Wade and Tim Paine.

Meanwhile, Jadeja was also in sublime form in the limited overs series against Australia but he was ruled out of the last two T20Is and the first Test match due to concussion. Jadeja had played a fine knock of 66 runs in the third ODI and then smashed 44 runs in the first T20I.

India is in a commanding position as Australia are 126-6 in the second innings and they still trail by five runs.