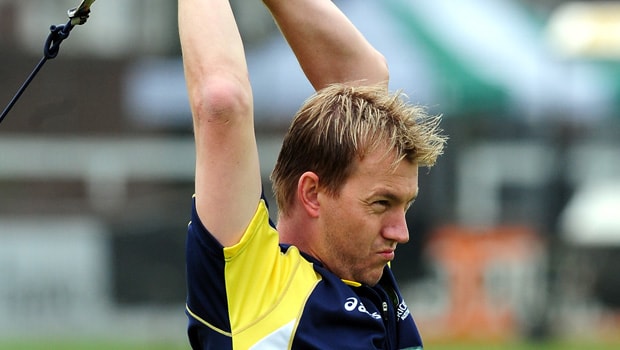 Former Australia’s fast bowler Brett Lee has questioned Australia’s decision to rest Pat Cummins from the limited-overs leg against India. Cummins played the first two ODIs and then he was rested by Cricket Australia to be fresh for the all-important four-match Test series against India.

However, Lee stated that it makes no sense to rest a fast bowler after he has played only two matches. The former gun fast bowler believes it is hard for a pacer to achieve the rhythm if he isn’t playing regularly. Cummins went wicketless in the first ODI against India whereas he scalped 3-67 in the second game.

Lee feels that it is won’t be Cummins’ call to take rest but the selectors might have wanted him to rest him before the Border-Gavaskar Test series.

“It probably wouldn’t have been his call, he probably would have wanted to play, the players generally want to play,” Lee told Foxsports.com.au.

“I would have thought after a couple of games they shouldn’t be tired. I always found that for my rhythm personally that the more games I played the better rhythm I had,” Lee added.

Lee added that it is difficult to find the impetus once a fast bowler is rested or he has been injured. However, it would have been a completely different case if Cummins had been injured.

In fact, former legendary Australian spinner Shane Warne had also lashed at the decision of resting Pat Cummins after he had played only two ODIs. Warne stated that it is more important to play for Australia rather than play in the IPL. Cummins played all the 14 matches for Kolkata Knight Riders and he scalped 12 wickets for the franchise in IPL 2020.

“If I had a week’s break, whether it be a break in the tournament or whether I was rested, it’s almost like you’ve got to go back and find that rhythm again,” he said.

“There could be a guy who is carrying a hamstring injury or a little niggle, shoulder might be a bit sore, and the best way to get them into their best preparation is to have a few days off. That’s fine but if they’re fully fit they should be playing.”

It is imperative to manage the workload of the players, especially fast bowlers as they have to work even harder. However, Cricket Australia wants to play it safe with their best Test bowler. Cummins is the number one Test bowler and he is going to hold the key in the Test series.

The first Test match will be a Day-Night affair and it will take place at Adelaide Oval from December 17.