Home » Cricket » Aus vs Ind 2020: Cameron Green will make his debut if he is fit, confirms Justin Langer

Aus vs Ind 2020: Cameron Green will make his debut if he is fit, confirms Justin Langer 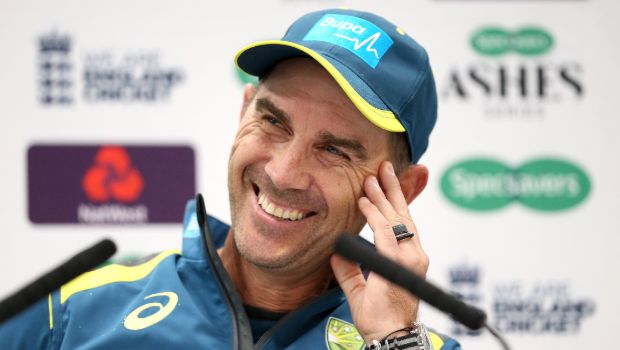 Australian head coach Justin Langer has confirmed that Cameron Green will make his Test debut if he passes the fitness Test.

Green had suffered concussion and his participation will depend on his fitness. If the youngster passes the fitness test, he will become the 493th Test player for Australia.

Green has been in top-class form in the Sheffield Shield and he has impressed with his skills. The all-rounder also played in the ODI series against India. The 21-year old had also scored a fine century in the first warm-up match against India A at Drummoyne Oval, Sydney.

Justin Langer said, “If he’s fit and available then he’ll make his Test debut, which is very, very exciting for Australian cricket, for him and his family.”

“We’re just going through the concussion protocols. If Cameron gets through the protocols and he gets through training and he feels good, I’ve seen him last night, he had a big smile on his face, he had another test this morning that we got good news.”

Green, who plays for Western Australia in first-class cricket, has an impressive record in the domestic circuit. The right-hander has scored 1321 runs in 21 first-class matches at an impressive average of 55.04. Furthermore, he has scalped 33 wickets in his first-class career thus far.

Meanwhile, Will Pucovski has been ruled out of the first Test match due to concussion. Langer also confirmed Marnus Labuschagne will bat at number three and thus Matthew Wade, Joe Burns and Marcus Harris will fight for the opening slot. Burns has been in poor form whereas Wade and Harris have batted at the top of their game in the recent past.

Australia has been troubled by injuries in the ongoing series against India and it would be interesting to note their playing combination for the first Test match.