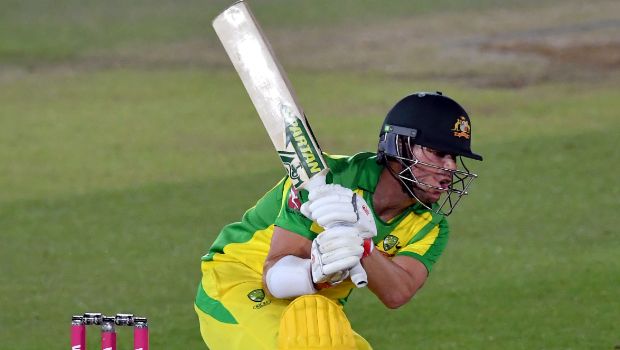 Australia’s head coach Justin Langer has confirmed that their talisman opening batsman David Warner could be a doubtful starter for the first Test match against India.

Warner was ruled out of the ongoing limited over series against the visitors after suffering a groin injury during the second ODI at the Sydney Cricket Ground on Sunday while fielding.

D’Arcy Short has replaced David Warner in the T20I series against India. On the other hand, it is going to be a massive blow for Australia if Warner is ruled out of the first Test match against the Indians.

“He’s strained his abductor in his groins and they tell me it’s a very painful injury,” Langer told SEN’s Sportsday WA on Monday. “It looked like he got shot by a gun. He was in incredible pain in the changerooms after. We’ve just arrived in Canberra, so we won’t see him again for probably five or six days until we get back to Sydney.

“I’m not holding my breath that he’ll be ready for the first Test match, but with that said he’s the sort of elite professional who will be doing literally everything possible to be ready for it. We’ll see what happens, but he’s going to be a loss that’s for sure.”

Meanwhile, there has been a lot of discussion regarding who should open with David Warner between Will Pucovski and Joe Burns. However, if Warner is ruled out of the first Test, it will make selection headaches easier for the Australian team.

“It takes a bit of pressure off, doesn’t it?” Langer said with a laugh. “No wonder I’m a bit more relaxed. We’ve won a few games and I don’t have to worry about who we’re going to pick for the Test side.

Langer also added that a lot will depend on the performances of players in two warm-up matches against India. The first warm-up match will begin at Drummoyne Oval in Sydney from December 6.