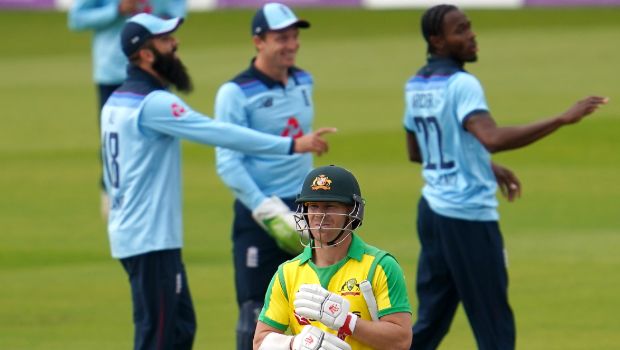 Warner missed the first Test match due to the groin injury which he suffered in the second ODI against India at the SCG. Subsequently, he was ruled out of the limited-overs series.

Meanwhile, Warner is a big player for Australia as he has got all the experience under his belt. The southpaw also has a great record while playing in the Australian conditions.

The hosts opened the innings with Joe Burns and Matthew Wade in the ongoing first Test match and both of them were dismissed cheaply in the first innings by Jasprit Bumrah. Thus, Australia would want Warner to be ready for the second Test match at the MCG.

“I am (hopeful), that’s one that I never want to miss out on. It’s my first missed Test through injury so I’m obviously very disappointed with that,” Warner said on ‘SEN Radio’. “With the big series that it is, it’s devastating to miss a Test but I know that the guys who are walking out there today are going to put their best foot forward.

On the other hand, Warner is hopeful that Australia would be able to draw first blood in the series by winning the first Test. The hosts were able to skittle out the visitors for a under-par score of 244 runs after Mitchell Starc scalped four wickets. Australia have also lost two wickets for 35 runs at the Tea Break on the second day.

Meanwhile, Warner has increased his training intensity and he is hopeful of attaining match fitness before the Boxing Day Test. Warner will look to provide a solid start to the Australian team if he recuperates on time.

The left-hander has amassed 7244 runs in 84 Test matches at an average of 48.95. Furthermore, Warner scores his runs at an impressive strike rate of 72.86 and he can take the game away from the opposition. The southpaw has scored 1081 runs at an average of 36.03 while playing against India.

The second Test match will begin from December 26 at the Melbourne Cricket Ground.