Home » Cricket » Aus vs Ind 2020: David Warner ruled out of the first Test match in Adelaide

Aus vs Ind 2020: David Warner ruled out of the first Test match in Adelaide 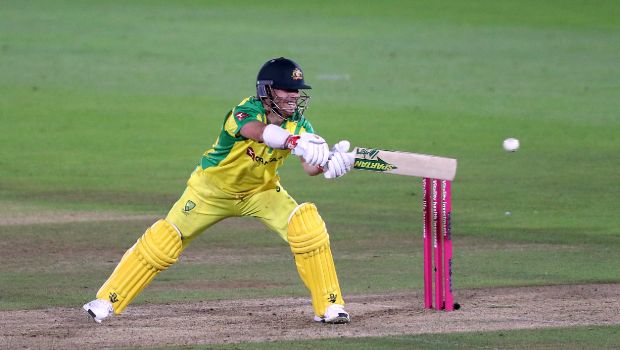 Australia’s experienced batsman David Warner has been ruled out of the first Test match against India, which will be played at Adelaide Oval.

Warner had injured his adductor muscle and suffered a groin injury while fielding in the second ODI against India at the Sydney Cricket Ground and he was earlier ruled out of the limited over series.

Warner’s injury is a massive blow for the hosts as the left-hander has all the experience under his belt. There was a lot of discussion before the first Test that who between – Joe Burns and Will Pucovski – should open with David Warner.

In fact, the Australian youngster Will Pucovski was also hit on the head by Kartik Tyagi in the first warm-up match at Drummoyne Oval, Sydney and he suffered mild concussion. Thus, he will also miss the second warm-up match against India A and it put doubts on his participation for the first Test.

Warner added that he should be fit for the Boxing Day Test match at the Melbourne Cricket Ground from December 26.

“I feel I have made great progress in a short amount of time and it’s best for me to stay here in Sydney to continue working on getting back to full fitness,” Warner said.

“The injury feels a lot better, but I need to be able to satisfy in my own mind and to my team-mates that it is 100 per cent ready for Test match conditions.

“That includes running between the wickets and being agile in the field. Right now I feel I am short of being able to play at peak fitness and another 10 days will make a difference.”

On the other hand, Warner had been in sublime form and he had scored two fifties in the first two One Day matches. Thus, the left-hander had played a key role in giving a good start to his team. Furthermore, the left-hander had also shown good form in the IPL. Warner is known to be aggressive in his batting and he will be dearly missed by Australia in the first Test match.

Meanwhile, Australia’s head coach Justin Langer is hopeful that Warner will be fit for the second Test match. The first Test match will be a Day-Night contest and it will begin from December 17.