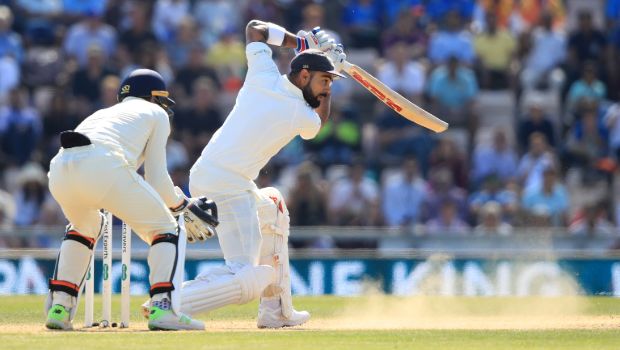 The Indian captain Virat Kohli reckons that evening sessions are going to be challenging in the ongoing pink-ball Test match against Australia at Adelaide Oval.

Kohli won the toss and decided to bat first. It is a tough challenge to sight the pink-ball under lights and it will be interesting to note India’s performances in their first-ever overseas pink-ball Test match.

The visitors announced their playing XI on the eve of the first Test match as they selected Prithvi Shaw ahead of Shubman Gill. Furthermore, Wriddhiman Saha was preferred ahead of Rishabh Pant for the wicket-keeping role. Kohli added that they were clear in their mind and thus announced their final XI one day before the game.

Kohli stated it will be crucial to put the runs on the board and thus they will need to come up with a good batting effort.

Kohli said after winning the toss, “Going to have a bat. Looks like a nice wicket, nice and hard. Runs on the board are priceless, more so away from home. Hope we can put pressure on them. We’ve prepared really well. Couple of tour games as well. We had everything clear on our end, that’s why we announced our team yesterday. It was pretty okay. It wasn’t that strange (their first pink ball Test at home). The evening sessions are going to be more challenging. Few changes here and there. But this is a different challenge”.

Kohli is going to be available for only one Test match and he will look to create an impact. The talisman will head back to India to be with his wife for the birth of his first child.

On the other hand, Australia got off to a perfect start as Mitchell Starc struck on the second ball of the day. Shaw, who was backed ahead of Gill, played a loose shot and the ball ricocheted on to the stumps as there was a gap between bat and pad.

Cheteshwar Pujara and Mayank Agarwal helped the visitors in making some sort of comeback but the runs didn’t come as the Australian bowlers bowled tight lines and lengths. Pujara was rock solid in his defence whereas Agarwal also looked good.

Pat Cummins conceded only one run in his first four overs and he was finally rewarded for his good work when he found the gap between bat and pat to hit Agarwal’s top of middle stump. The ball nipped back slightly into the right-hander, which was enough to get through him.

Australia dominated the first session as they scalped two wickets and conceded only 41 runs.