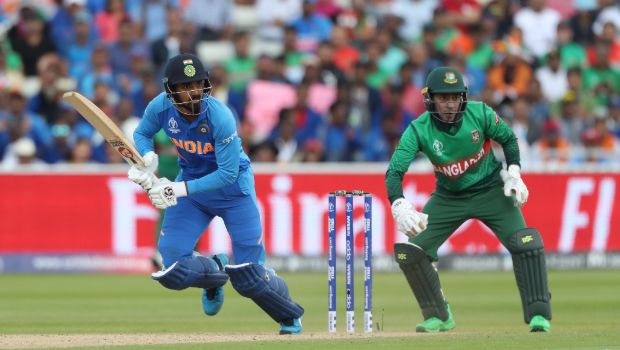 India’s veteran off-spinner Harbhajan Singh has backed KL Rahul to fill in the big shoes of skipper Virat Kohli in the batting order.

Rahul has been in sublime form in the white-ball format in the recent past and it would be interesting to note whether he will be able to continue the same in the Test series against Australia.

Rahul had finished as the leading run-getter of the recently concluded Indian Premier League as he scored 670 runs in 14 matches while leading Kings XI Punjab. The flamboyant batsman has looked in fine form and he will aim to continue the good show on the Australian soil.

Meanwhile, Kohli will head back to India to be with his wife for the birth of his first child after the first Test match and he will miss the last three Test matches. Thus, the Indian batsmen will need to be at the top of their game in the absence of Virat Kohli.

On the other hand, Harbhajan stated that he won’t change the opening partnership of Mayank Agarwal and Rohit Sharma. Rohit had grabbed his opportunity as a Test opener in 2019 as he had scored 529 runs against South Africa in three Test matches whereas Agarwal had made an impressive debut against Australia in 2018-19 at the MCG.

“I would not change the opening combination, Rohit Sharma should open in Australia and KL Rahul can fill that slot for Virat Kohli. Rahul is too good a player to bat at No. 3, 4, or even open. It will not make a huge difference if he bats at No. 3 or opens because he is a quality player,” Harbhajan Singh told India Today.

Harbhajan feels that the Indian team has the bowling line-up to rattle the Australian batting order and fast bowlers like Mohammed Shami and Jasprit Bumrah will hold the key. Bumrah had scalped 21 wickets in the previous series against Australia whereas Shami had snared 16 wickets.

The first Test will take place at Adelaide Oval from December 17 and it will be a Day-Night Test match. It will be the first time when India will play a pink-ball Test match in overseas conditions. The ODI series will begin from November 27 at the SCG.