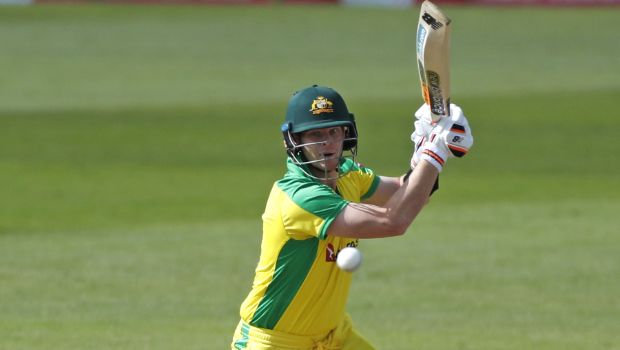 Australia’s talisman batsman Steve Smith is one of the most difficult batsman to bowl to in the current generation.

There are hardly any chinks in Smith’s armour and it is hard to dismiss him. Smith also shuffles a lot in his crease, which makes it difficult for the bowlers to bowl at a consistent spot at him.

The linchpin has been the difference between Australia and India in the first two One-Dayers. Smith has been able to hit the ground running in both the matches and he has punished the Indian bowlers.

The right-hander has scored two centuries from only 62 balls each in both the games and he has been awarded the Player of the match on both occasions. Smith has scored 209 runs in two matches and he has scored his runs at an average of 104.50 and a blistering strike rate of 160.77.

In fact, Smith has always had a good record while batting against India. India’s veteran spinner Harbhajan Singh has come out with a strategy which can help the team in getting rid of Smith. Bhajji believes India should introduce spin from both ends as Smith likes the ball coming on to the bat.

“I would like to see Smith batting against spinners. You know, Yuzvendra Chahal or maybe Kuldeep Yadav coming in, in the side. They both bowling in tandem and bowl 7-8 overs of spin when Smith comes in. Steve Smith is someone who likes pace on the bat if you take that away from him for some time that might be the key point to get him out,” Harbhajan told India Today after India’s 51-run defeat in the 2nd ODI.

Meanwhile, Yuzvendra Chahal hasn’t been effective in the ongoing series. Chahal bagged an unwanted record of conceding most runs as an Indian spinner as he leaked 89 runs in the first ODI. However, Harbhajan has backed Chahal and stated that the leg-spinner should back his strengths.

“I don’t see anything wrong going with Chahal. It’s the conditions, it’s purely the different conditions what they get in Australia and what they were getting in UAE,” said Harbhajan.

The Turbanator also feels Australia has made most of their home conditions and they have taken the advantage. Australia have dominated the first two matches and India will aim to make a solid comeback in the final ODI. The third ODI will take place at Manuka Oval, Canberra on 2nd December.