Home » Cricket » Aus vs Ind 2020: Hard to say India will be favourites in the T20I series – Deep Dasgupta

Aus vs Ind 2020: Hard to say India will be favourites in the T20I series – Deep Dasgupta 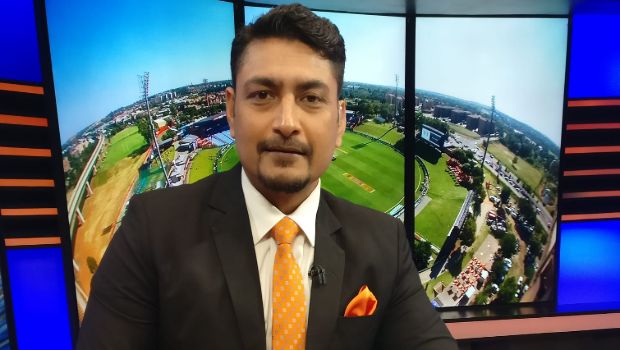 Former Indian wicket-keeper batsman Deep Dasgupta believes India will not favourites for the three-match T20I series against Australia despite consistently playing in the 13th edition of the Indian Premier League.

Australia dominated the ODI series as they outplayed the visitors and won the series by 2-1.

Thus, the hosts will look to continue the same form. However, India was able to bounce back in the final ODI as they won by 13 runs. Australia had made most of their own conditions and the Indian bowlers failed to get their wicket at regular intervals in the first two ODIs.

Consequently, the Aaron Finch-led team was able to post 374 and 389 runs in the first two matches. India will need to pull up their socks in the T20I series and they will look to build on the momentum after the win in the third ODI.

Meanwhile, it is expected to be a humdinger series as Australia is placed at the second place in the T20I rankings whereas India is at the third place. Both the teams will look to get their combination right and prepare accordingly for the next T20 World Cup 2021, set to be played in India.

“I don’t think we’ve got it,” Deep Dasgupta said on Sports Today. “In the last 2 months, we have been playing T20s predominantly [the IPL] but looking at a lot of factors here. Who all are gonna play, the strategic decisions to be taken in terms of keeping in mind the 4-match Test series. There’s also a pink ball side game [a 3-day tour game]. So it’s hard to say that going into this series, India are going to be favourites.”

On the other hand, former Indian spinner Pragyan Ojha thinks otherwise as he feels India will have their wood over the Australians in the shortest format of the game.

“Yes definitely they are for the T20s. This is the format they have played in the recent past and the best part is they had this One Day tournament and they used it, they’ve gotten acclimatized to the conditions there. They had a fair bit of runs as far as the match fitness is concerned and the most important part is all boys have played 14 games [in the IPL] to be match ready for T20. So I think it will be a very good competition. I think Australia will miss David Warner and Stoinis in T20s,” Pragyan Ojha said on Sports Today.

Australia and India have played 21 matches against each other out of which the former has won eight matches whereas the latter has won 11 matches. One match ended in No result while one was abandoned.

Australia have won the toss in the first T20I of the series and they will bowl first at Manuka Oval, Canberra.