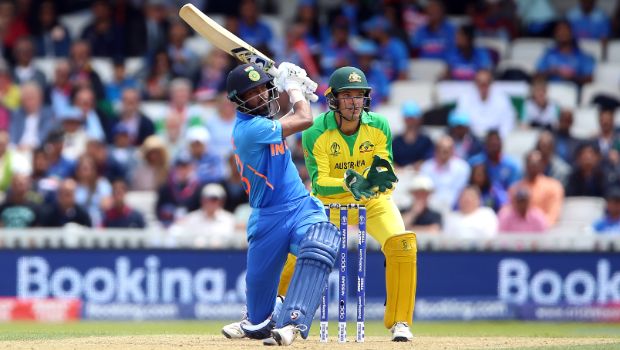 Singh made the comparison after Pandya’s blistering match-winning knock of 42 runs off just 22 balls against Australia, which helped his team to a six-wicket win on Sunday at the Sydney Cricket Ground.

In fact, Pandya wasn’t able to make the connection on some of the wide balls outside the off-stump but he always had the confidence in his abilities to get India over the line. Pandya had scored 210 runs in the three-match ODI series and he was India’s best batsman. The right-hander also scored a match-winning knock of 92 runs off just 76 balls in the third ODI.

The right-hander has continued the same form in the T20I series and he has been simply unstoppable. Pandya is a clean striker of the ball and it is not easy to put the brakes on his innings if he gets going. The right-hander is well known for his pyrotechnics and he has the right technique to hit the big shots.

The Turbanator added that Pandya is batting with great consistency and it is good to notice that he is delivering the goods for the national team.

Harbhajan Singh said while talking to India Today, “He always had the talent. We knew he could hit big sixes. But now he has been playing consistently, he has got the idea of staying there and finishing the game. Confidence is building every day. He is someone who is a proper finisher for Team India. He is as good as Russell, maybe better than, I would say. He is hitting sixes at will.”

Pandya will look to continue the good show and he is going to be an asset for the Indian team when he will start bowling. The all-rounder hasn’t yet achieved bowling fitness after his back surgery. Pandya has grown in confidence after successfully playing the finisher role for Mumbai Indians in the IPL and he is reaping fruits for the same.

The right-handed batsman has delivered the goods and he will look to keep getting better. The third T20I will take place at the same venue of Sydney Cricket Ground on Tuesday.