Home » Cricket » Aus vs Ind 2020: Hardik Pandya hands over the Player of the series award to T Natarajan

Aus vs Ind 2020: Hardik Pandya hands over the Player of the series award to T Natarajan 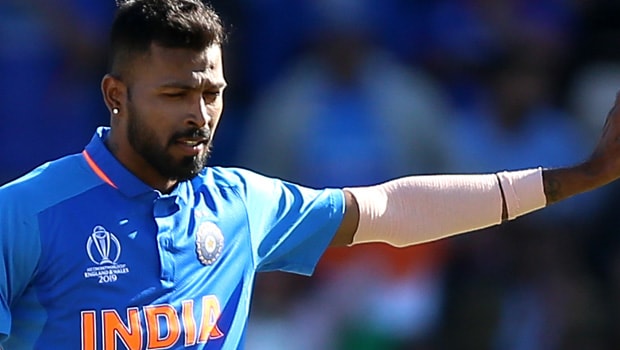 India’s all-rounder Hardik Pandya showed a great gesture as he gave his Player of the series award to T Natarajan. Pandya scored 78 runs in three matches at an average of 39 and a whirlwind strike rate of 156 in the T20I series. The right-hander had scored an unbeaten knock of 42 runs off just 22 balls in the second T20I and had taken his team over the line with his blistering batting.

On the other hand, Pandya had stated he thought T Natarajan should have been the Player of the match in the second match as he had conceded only 20 runs and had also scalped two wickets when the opposition had racked up 194 runs.

Meanwhile, Natarajan had a great T20I debut for the Indian team as he returned with figures of 3-30 in his four overs. The left-arm pacer scalped a solitary wicket in the final T20I and conceded 33 runs.

Ergo, Natarajan finished as the leading wicket-taker of the T20I series with six scalps as he bowed with an impressive average of 13.83. Furthermore, he bowled with a fine economy rate of 6.92.

It was Natarajan’s maiden International series and he showed great character throughout the series. In fact, the left-armer has all the weapons in his repertoire and he was able to make great use of all of them to bamboozle the Australian batsmen.

In fact, Pandya always had few words of advice for the newcomer whenever he was reaching the top of his mark to ball the next delivery. Thus, Pandya backed Natarajan as an experienced campaigner and both of them shared a good camaraderie.

Natarajan has shown the skills to go a long way in his career and this good start must have added a lot of confidence to his bag.

Hardik Pandya tweeted after India sealed the T20I series by 2-1, “Natarajan, you were outstanding this series. To perform brilliantly in difficult conditions on your India debut speaks volumes of your talent and hardwork You deserve Man of the Series from my side bhai! Congratulations to #TeamIndia on the win,”.