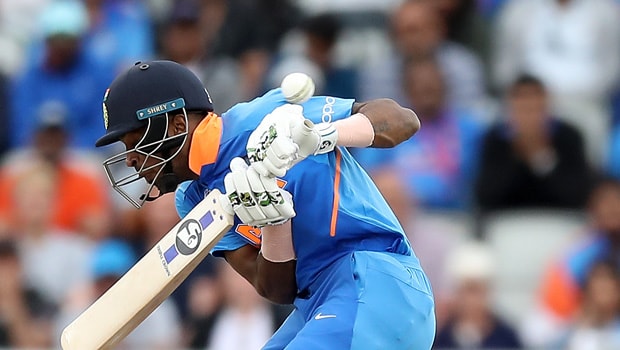 The Indian team finally came up with a complete performance to win the third ODI against Australia at Manuka Oval, Canberra by 13 runs on Wednesday. Hardik Pandya’s 76-ball 92 whereas Ravindra Jadeja 50-ball 66 helped the visitors in posting a par score of 302 runs after they were in sort of trouble at 152-5.

Indian captain Virat Kohli finally won the toss and unsurprisingly decided to bat first. As expected in the dead rubber, both the team made a lot of changes to their final XI. Shikhar Dhawan was once again dismissed cheaply but Shubman Gill looked good for his 33 before he was plumbed in front by Ashton Agar.

Subsequently, Shreyas Iyer and KL Rahul were dismissed in quick succession, which put more pressure on the Indian team. Indian skipper Virat Kohli was also looking good for a big score but a faint edge led to his dismissal and thus visitors were on the ropes at 152-5.

However, Hardik Pandya and Ravindra Jadeja were able to rescue their team out of the troubled waters. Pandya played some of his typical shots whereas Jadeja took his time in the initial phase. Both the batsmen broke free in the death overs and took the attack to the opposition. The pair smashed 86 runs in the final six overs to boost India’s total past the 300-run mark.

On the other hand, India’s debutant T Natarajan finally put paid to the team’s drought of a wicket in the powerplay overs when Marnus Labuschagne played on to the wickets. The tourists could have had another one had Shikhar Dhawan not bungled Aaron Finch’s catch at first slip when the Aussie skipper was only on 18 runs.

Hardik Pandya had another chance to send Finch packing but he missed the direct-hit whereas Bumrah missed a hard caught-and-bowl chance as the right-hander continued to ride his luck.

However, India had the big fish when Steve Smith was dismissed off an innocuous delivery down the leg-side by Shardul Thakur. The right-arm pacer soon dismissed Moises Henriques as Dhawan finally made up for his earlier mistake. Finch finally ran out of luck at 75 when Dhawan took a rebound catch off Ravindra Jadeja.

Glenn Maxwell continued his sublime form and kept Australia in the game with Alex Carey and Ashton Agar. However, Maxwell took a needless risk against Jasprit Bumrah, who was brilliant with his yorker. The hosts were skittled out for 289 and felt 13 runs short of the target.