Aus vs Ind 2020: Hats-off to him – Gautam Gambhir credits Virat Kohli for the latest record 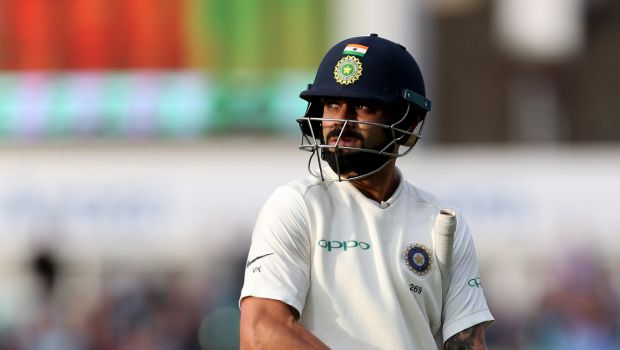 The Indian captain Virat Kohli completed 12000 runs in the ODI format during his 63-run knock in the third ODI against Australia at Manuka Oval, Canberra on Wednesday.

Kohli became the fastest to reach the milestone as he got there in only 242 innings and broke Sachin Tendulkar’s record, who had got to the same feat in 300 innings.

Earlier, Kohli had become the fastest to get to the landmark of 22000 International runs as he took only 462 innings whereas Sachin Tendulkar had taken 493 innings.

Former Indian opener Gautam Gambhir credited Kohli for the latest record. Kohli has been the most consistent batsman in the world and he has always been instrumental in the success of the Indian team.

Gambhir stated that the best feeling for a cricketer is when he has given his best on the field and has played a key role in the success of his team. Kohli has done the same in the last decade and he deserves all the credit for his consistency.

“You can take anything, you can actually do whatever you want, but the best feeling in the world is when you score that last run and come back to your hotel room and you’re so satisfied that you’ve done something for your country, what you were meant to do,” Gambhir was quoted as saying on Star Sports’ chat show Cricket Connected.

“So probably, all those combinations have made him what he is, and hats off to him, he’s scored more than 20,000 runs, centuries all that,” Gambhir further said in praise of the Indian captain.

On the other hand, Virat Kohli could not score a hundred in 2020 in the nine ODIs the team played in the year. Kohli scored five half-centuries but it was the first time in his career that he didn’t score a hundred in a year since making his debut back in 2008.

Kohli has taken the benchmark so high that he is compared with the same. The talisman looked in decent form in the ODI series and he will look to continue the same in the T20I series.

The Indian captain will also return back to India after the first Test match to be with his wife for the birth of his child. The first T20I will take place at Manuka Oval, Canberra on Friday.